2015 is ending. 2016 is coming and that will also be the time when Android smartphones “attack” the mobile market with wonderful change in design as well as features. But how? The following 7 best smartphones to be launched in 2016 will show you how! 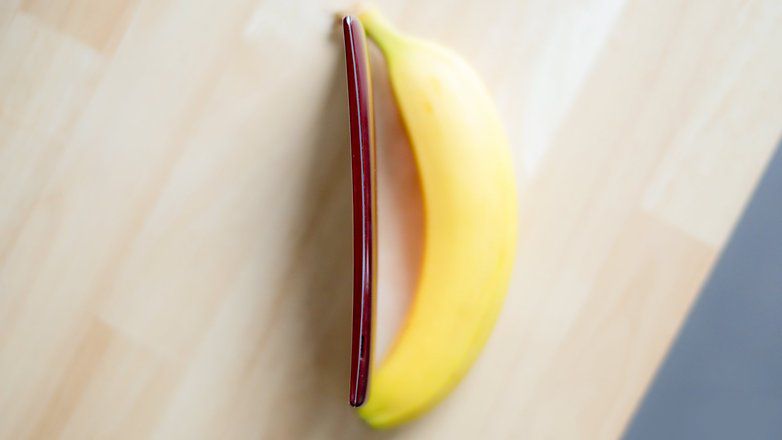 The first G Flex of LG has been able to impress people with the idea of a curved screen and LG G Flex 2 was even more impressive with the same uniqueness but at a higher level. LG G Flex 2 is also the first device to sport the Snapdragon 810 of Qualcomm.

The point is that people wonder if LG will continue such a special series in 2016, and teh answer is MAYBE. According to some leaks these days, a new G Flex handset (let us call it LG G Flex 3) will appear at the beginning of 2016 with a 6-inch Qaud HD display, a Snapdragon 820 chip, 4 GB RAM, a 20.7MP main, an 8MP secondary camera and a fingerprint scanner. Actually, with those LG G Flex 3 specs, we think it is just like many other flagship nowadays, having nothing to make it stand out, so we hope they will have a great plan for the typical curved screen of LG G Flex series. Anyhow, LG G Flex 3 will become the best smartphone of LG company and promise to bring them good sales as well.

Project Ara is a project by Google to release a smart phone that has module parts. The parts can be moved, thus creating very complex problems. To build one smart phone that lets you slide its components here and there is a tough job. That is why up until now, there is no official announcement about the release date of any device within this project. Moreover, recently, Google states that Project Ara is postponed until next year.

Google states that Project Ara is 90% complete, and will be out in the market in 2016 if the progress is good. The phones can connect to 3G, and will support 4G network. Additionally, a Project Ara phone lets you exchange its components with new ones. You can change the cover, camera part, or new battery, etc… without having to change to a completely new phone. This can help showcase personality and character. WOW! PLEASE COME EARLY, PROJECT ARA!

At MWC 2015, HTC One M9 was announced and there is a high possibility that its successor, a phone called HTC One M10, will see the light at MWC 2016. But HTC One M10 should sport a better battery and new features like a fingerprint or iris scanner. On the other hand, some source mentioned that One 10 could be known as HTC O2, said to be equipped with Qualcomm Snapdragon 820 processor, 4GB of RAM, and a huge 6-inch Quad HD screen displaying Android 6.0 Marshmallow OS.

As for the camera, there are will probably be a 20.7MP rear snapper with f/1.9 aperture and a 5MP selfies shooter. Last but not least, the handset will be powered by a 3,500mAh battery. What do you think about such HTC One 10 specs?

Nextbit Robin has a 5.2-inch Full HD display, a Snapdragon 808 chip, 3GB RAM, 32GB ROM, a 13MP rear camera and a 2,680mAh battery. It also features a USB Type-C port and a fingerprint sensor built in the power button, and supports USB 3.0 and NFC.

Nextbit also guarantees that if you’d like, you can take advantage of the Robin’s unlocked bootloader to install a custom ROM, but it will not void your warranty 😉 . At the moment, Nextbit Robin has started letting people preorder the phones with Nextbit Robin price of 399 USD (RM1,720) on their page and they will be delivered on from February, 2016.

This duo smartphone will probably come in April, 2016, according to many news sources. It is said that Samsung company will probably offer 3 versions of Samsung Galaxy S7 perhaps in order to satisfy more types of consumers. Moreover, Samsung has planned to add the Exynos 7422 chip into Samsung Galaxy S7 Specs for Indian market, and Exynos 8890 (as known as Exynos M1 achieving some super impressive scores in benchmark testing) for Korean, Japanese and European ones. Meanwhile, the well-known Qualcomm Snapdragon 820 (shipping with the high-end Adreno 530) will also appear in another ver for American and Chinese markets.

About the edge version, it is likely to take the trapezoid shape, looking pretty similar to a device in a Samsung’s recent patent. In the pictures, we see that extra display space replaces bezels on Samsung Galaxy S6 edge and almost move to the top and the bottom of the device. Some Samsung Galaxy S7 edge specs are predicted to be similar to Samsung Galaxy S7 specs. For example, it can boast a Force Touch-like display, a USB Type-C port, fast charging and data transferring tech (those are what we heard about the Galaxy S7 specifications).

Last but not least, it is ASUS ZenFone 3. Recently there has been information saying that USB Type C port can be a part of ASUS Zenfone 3 and hopefully 6GB RAM. It is expected to be launched in March, 2016.

Specifically, TrustedReviews had an exclusive interview with ASUS CEO Shih. When the interviewer asked whether ASUS will adopt USB Type C for their future products like the ASUS ZenFone 3 and ASUS ZenFone 3 Zoom, he said: “I think Type C is the way to go, frankly speaking. You will see the answer when you see the ZenFone 3.” Interesting! In just one answer, Shih has hinted for us 2 important information 🙂 .

Those are the 7 smartphones that can become “bombs” in early 2016. Which one do you like most? Personally, Project Ara would be our favorite one 😎 !