There is something wrong with LG Nexus 5X… 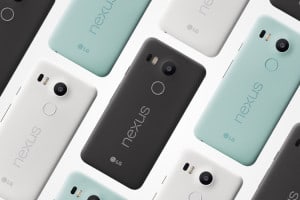 We all know that LG Nexus 5X launch just happened in September 2015 and is available on shelves. It was supposed to be a whole new smartphone without any problem. However, things seem not to be on the right track now, especially after a lot of consumers have just received their handsets and recognized something wrong with the displays. Many similar cases have been reported on Reddit and drawing much attention from those who are using a Nexus 5X and considering buying one.

What is the problem?

Specifically, according to them, the Nexus 5X display appears very yellowish as you can see in the pictures.

Two Nexus 5Xes have different displays. The color temperatures of both devices are very dissimilar.

It should be pretty bad for the Nexus 5X users, but if you ordered it from the Google Play Store, you can seek for a replacement with hope that the new Nexus 5X will no longer have the same prob. Yes, we really mean… “with hope” since some reporters revealed that their replaced machines had even more yellowish screens, which is so unacceptable.

At the moment, there is no official explanation or more information made by the manufacturer LG or Google. But, they’d better hurry as Nexus 5X is travelling around the world. Note that although LG Nexus 5X launch in Malaysia has not been confirmed yet, many parallel importers have had or will have it in stock without any official warranty coming along with the product. In case of any issue happening to your smartphone, surly the seller cannot help or do anything.

To recap, we feel a bit disappointed in LG Nexus 5X with the yellowish screen issue. This can make many other consumers “afraid” of buying the handset. Hopefully LG and Google will find out a good way to deal with the situation.