Interbrand 2015: Apple leads the game, Google is the runner-up and Volkswagen loses its place

Recently, we have been informed of the ranking list of the best brands in the world – the Interbrand 2015. Check it out! 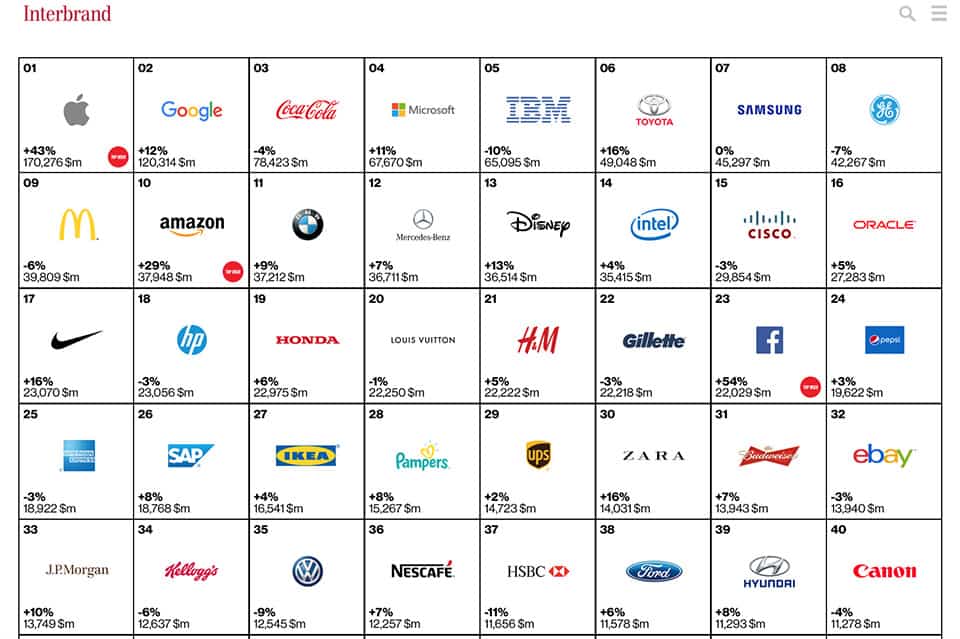 In terms of growth, the 2015 Interbrand Best Global Brands Report records that the brand value of Facebook is able to become the one that has developed fastest with 54% increase, reaching more than 22  billion dollars. On the other hand, Microsoft with some positive changes gets 11% increase and more than 67 billion dollars, ranking at the fourth place.

Besides, we have IBM coming in fifth, Samsung seventh, GE at eighth and Amazon at tenth. Looking at the entire top 100, we see that Volkswagen loses their position, compared to last year. They had to deal with many problems, so falling from the 31st to the 35th can be understandable.

According to Jez Frampton, Interbrand’s Global Chief Executive Officer, “The Best Global Brands report examines what it takes for brands to succeed in today’s hyper-fragmented world. As people demand immediate, personalized and tailored experiences, business and brands need to move at the speed of life. Many of the brands in this year’s Top 100 are so intuitively aligned with people’s priorities, that they are able to seamlessly integrate into their everyday lives.” 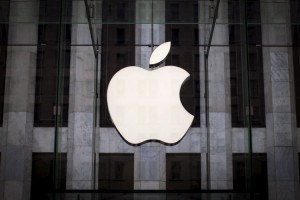 In general, most technology giants are listed in the top 10 of Interbrand 2015. Some familiar and famous ones like Apple, Google, IBM, Microsoft, Samsung, GE and Amazon have succeeded in standing still in the list. Bravo!