HTC’s new Flagship the HTC ONE M9 will launch on this Sunday first March at the MWC in Barcelona. By know you already have a very clear picture of the HTC ONE M9 design, because of the leaked HTC advertising video . We also had some ONE M9 specs leaked before. Now these leaks have been confirmed by a GFXbench Benchmark of the HTC ONE M9. 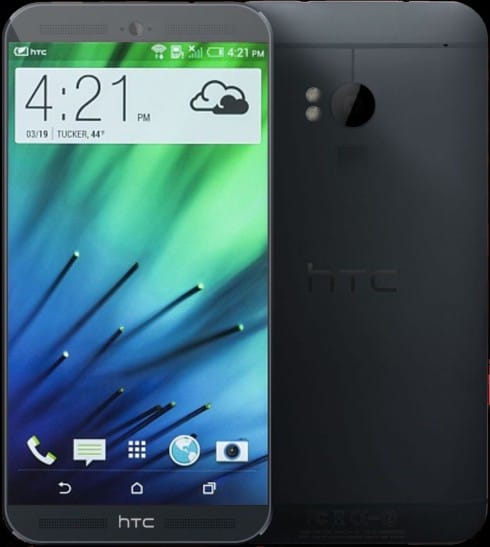 The HTC ONE M9 specs will feature a 5″ screen with resolution of 1920×1080. Htc’s new Flagship is powered by Qualcomm’s newest Octa-Core 64bit Snapdragon 810 clocked at 2.0Ghz and gets 3GB of RAM and 32GB of internal memory. As we reported earlier the Main Camera will be 20MP and you get a 4MP Ultrapixel Camra on front. The phone will run on Android 5.0 Lollipop with HTC’s Sense 7.0. According to GFX Bench the phone will sport a 2840mAh battery and you get 128GB micro-sd slot. 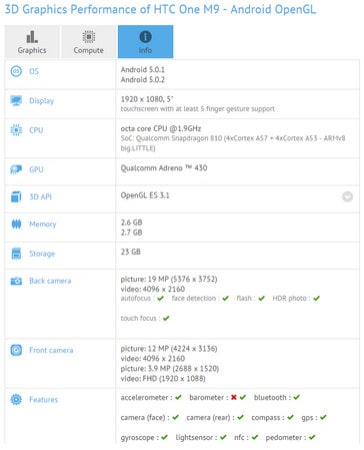 We also expect HTC to launch the HTC ONE M9 Plus on Sunday with an larger 5.2″ 2K Display and also a HTC smartwatch. Of course we will report directly from MWC 2015 for you and let you know as soon as the new phone is launched.