TOP smartphones and devices to launch in October, 2015

Yeah, we are excited to tell you that from now on, you have 6 special days to look forward in this October. Why? Because those days will see the launch events of 8 fabulous brands with their new devices (including smartphones, camera, and tablets). 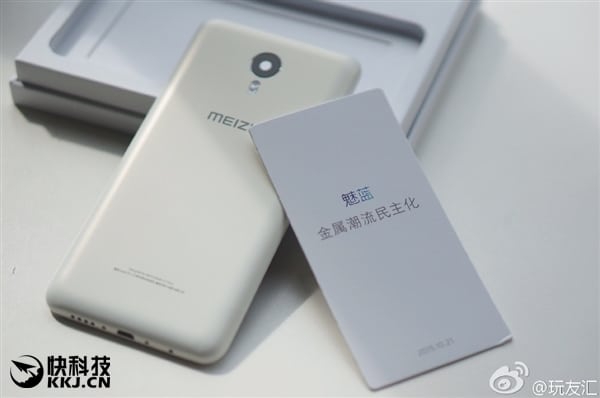 So, what are they? Let’s check out the list below:

HTC One A9 launch on October 20

OPPO has announced that a more advanced variant of OPPO R7 called OPPO R7S will be introduced at the technology fair GITEX at Dubai from October 18 to 22, 2015.

Besides, according to some information leaked on the internet, OPPO R7S specs have a 5.5-inch Full HD AMOLED screen, a Snapdragon 615 1.5GHz chipset and 3GB or 4GB of RAM plus 32GB of expandable storage. As for the camera, we have a combo of a 13MP rear and a 8MP front snapper (which is perfect for selfie lovers 😉 ). The whole machine will run on Android 5.1.1 Lollipop operating system, but we expect it can reach Android 6.0 Marshmallow OS when truly coming out.

Anyhow, OPPO has not confirmed anything for the specs as well as OPPO R7S price yet. So, we need to be more patient until October 18 😉 .

After Xiaomi Redmi Note 2, perhaps Xiaomi will not want to introduce smartphones again in such a short time. Actually, they are going to hold an event on the 19th but no one is sure what products are going to be there. As a couple of their teasers hinted, we guess they will be a camera and Xiaomi Mi Pad 2 with larger 9.7-inch display, magnetic keyboard and Windows 10 OS.

Firstly, we have HTC One A9 (aka HTC A9) which is said to debut on Oct 20. Though we still have a few days to go, some leaked photos of HTC A9 have been spotted on the internet. And we will not be surprised if you mistake it as an Apple iPhone 6 or iPhone 6S since it does look like the iPhone design, especially the lines across the handset, right?!

For the rumored HTC One A9 specs, it boasts a 5-inch Full HD screen, an octa-core 1.5GHz Snapdragon 615 chip, 2GB RAM, Android 6.0 OS and a 12MP rear shooter. Other info about specs like battery or front cam is not clear for now. Therefore, we suggest waiting a bit more, then we will give you a table with full details as usual 😀 .

Another handset reported to be seen on this day as well is P1. Perhaps “P” is for Pepsi and “1” is the first haha. Yes, it is a smartphone released by PepsiCo. Besides, the company also announced that they are working with an unnamed “licensing partner” to produce their own smartphone plus related accessories. Cool!

Some of Pepsi P1 specs are spotted, featuring “decent but not high-end specs.” Specifically, it owns a 5.5-inch Full HD display, an MT6592 1.7GHz SoC chipset, 16GB of internal storage, and 2GB RAM. Though, it still makes us feel curious and excited! How will it look like? And how much will Pepsi P1 cost? And if Pepsi is successful with such a marketing method, will we have something like Coca C1 smartphone? Oh, so many questions to deal with!

Lately, Meizu has announced that they are going to hold a conference on October 21, 2015 and a new member of the Blue Charm (Meizu M Note) family will be introduced there on also.

Basing on its leaked design and specifications, most people immediately assume that it will be Meizu M3 Note, the successor to Meizu M2 Note released in June, 2015. It will probably come with a 2.0GHz Meidatek MT6795 processor (much faster than the 1.3Ghz MT6573 chip used for M2 Note), a 5.5-inch Full HD display with 2.5D glass panel, 2GB RAM, 16GB ROM (expandable up to 128GB) and a combo of a 5MP front and 13MP rear camera. In addition, the operating system running the whole machine is said to be YunOS 3.1.6.

Letv company released their first three smartphones (LeTV Le 1, Le 1 Pro and Le Max) in April and their sales have been reported to be going well. Therefore, they may do that again, introducing next generations of those 3 on October 27.

Nonetheless, it is note sure yet even though a new leak said that Letv would announce at least two flagship devices at the event. We guess one of them may be LeTV Le Max 2, which is the HOT machine we heard a lot these days. LeTV Max 2 is considered as a beast due to the LeTV Max 2 specs including the upcoming Qualcomm Snapdragon 820 chipset and up to 6GB RAM. Can you believe it?

Apart from Max 2, some rumors also suggested a new budget phone named LeTV X500 equipped with Helio X10 chipset would come and cost around 999 Yuan (which makes LeTV X500 price in Malaysia can be RM660).

Talking about Motorola Droid Turbo 2 specs, it will use a 5.4-inch Quad HD display, a Qualcomm Snapdragon 810 chip, 3GB RAM and 32GB ROM expandable. A massive 3,700mAh battery, 21MP or 23MP camera will be on-board as well. If so, that is really a flagship worth the wait.

OnePlus is said to launch a new phone on Oct 29. It is called OnePlus X, arriving as the company’s third Android smartphone, and it is budget-friendly also (OnePlus X price is at $249 – RM1,040).

Leaks mentioned that OnePlus X would offer a 5-inch display, a Qualcomm Snapdragon 801 processor, a fingerprint scanner and a dual rear camera. Besides, if X is the OnePlus Mini that used to appear in TENAA and FCC documents before, it will also boast dual 2.5D glass panels, metal chassis, and USB Type-C port.

Anyhow, we need to see it to believe it!

Well, those are the TOP smartphones and devices to be launched this October! Which one do you like best? Share with us your opinions 😉 !