Microsoft Lumia 950 and 950XL launch happened on October 6, 2015, introducing these two Windows phones with a lot of improvement and upgrades… 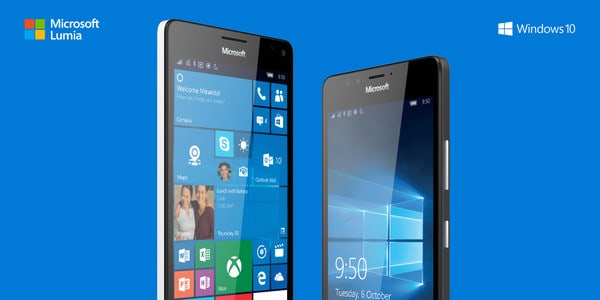 Microsoft Lumia 950 and Lumia 950 XL really look like the leaked designs we have seen before. They have a triple flash on the back surface to support the 20MP PureView camera, just exactly like what we heard. Specially, the phones also sport a button only used for taking photos.

Speaking more specifically, the rear shooter comes with a 1/2.4-inch sensor, OIS (5th gen), and Carl Zeiss lens (f/1.9), able to record 216p videos with Hi-Fi sound. In addition, the duo have 5MP front-facing cam on each one, which is good enough for a beautiful selfie, right?!

According to Microsoft, Lumia 950 is “the most productive phone you’ve ever picked up.” We think it hints that both Lumia 950 and 950XL will help you work, relax and do other things very effectively. And it seems right since this Lumia couple is equipped with the Continiumm function, allowing you to connect and use a phone like a destop with basic office apps. All of them will be supported by the Display Dock set consisting of a HDMI and 3 USB ports. Besides, they even feature the phase-change liquid cooling technology from the Surface tablets. As a result, you may not need to worry much about heating issue on Lumia 950 and 950XL.

Finally, Microsoft has released the Windows 10 phones Lumia 950 and 950XL with packages of strong specs and beautiful designs. Hopefully this duo will bring the company more success this year 😉 ! 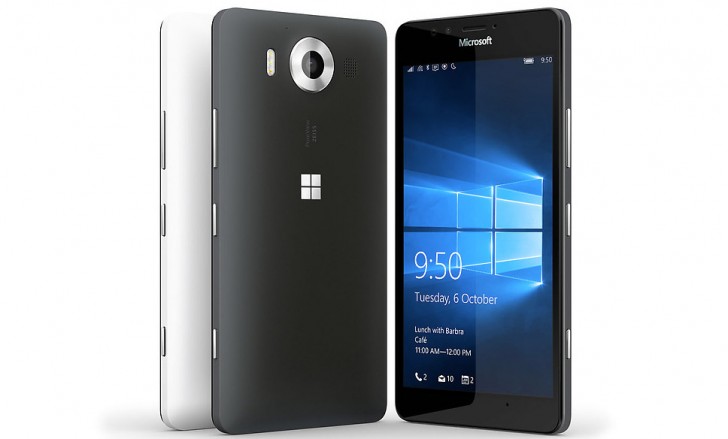