Microsoft Surface Pro 4 has recently been launched, coming with a bigger screen, a thinner body and 50% stronger than Appel MacBook Air. Isn’t it so great? 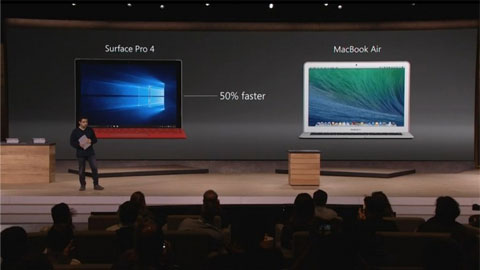 The Surface Pro 3’s successor has a 12.3-inch 2K (2160 x 1440) screen, bigger than the Pro 3’s 12-inch display and protected by Gorilla Glass (thin at 0.4mm). Moreover, the tablet’s thickness is also reduced to 8.4mm, nearly 1mm slimmer than the 9.1mm thick body of the previous generation. Besides, it is equipped with the new PixelSense Display tech, giving better display quality, and a combo of an 8-megapixel autofocus rear camera and a 5MP front snapper.
There are an Intel Core M processor and the new graphic chip Iris Pro under the aluminum cover to power the whole machine. According to Intel, their latest chipset will work 50% more productively than its predecessors, even in running 3D graphics software. 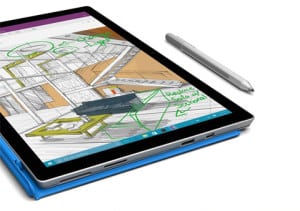 Furthermore, Surface Pro 4 has no trouble when dealing with 4K videos at 60 frames per second and it is able to give 3 separate 4K displays at the same time. On the other hand, Microsoft provides consumers with a choice of up to 16GB RAM and 1TB of internal storage. Surface Pro 4 battery will allow people to use the tablet in 9 hours non-stop. Wow!
With such features, we can understand why Surface Pro 4 is advertised as a device 50% stronger than Apple MacBook Air. 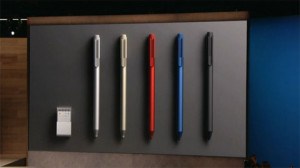 Apart from the tablet itself, there is an improved Surface Pen coming along. It is said to boast 1-year battery life, which will be an awesome plus for the Microsoft Surface Pro 4. Interestingly, instead of housing it in a silo, the company decided to just simply attach the Pen to the machine. Additionally, the Pen will you the users a natural feeling like you are writing with a real pen or pencil. We like it, but how about you? 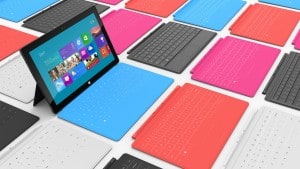