The Oukitel new phone that is coming with super large 10,000mAh battery has just been leaked in some photos on the internet. This time we also know its name, Oukitel K10000, and some other Oukitel K10000 specs as well. 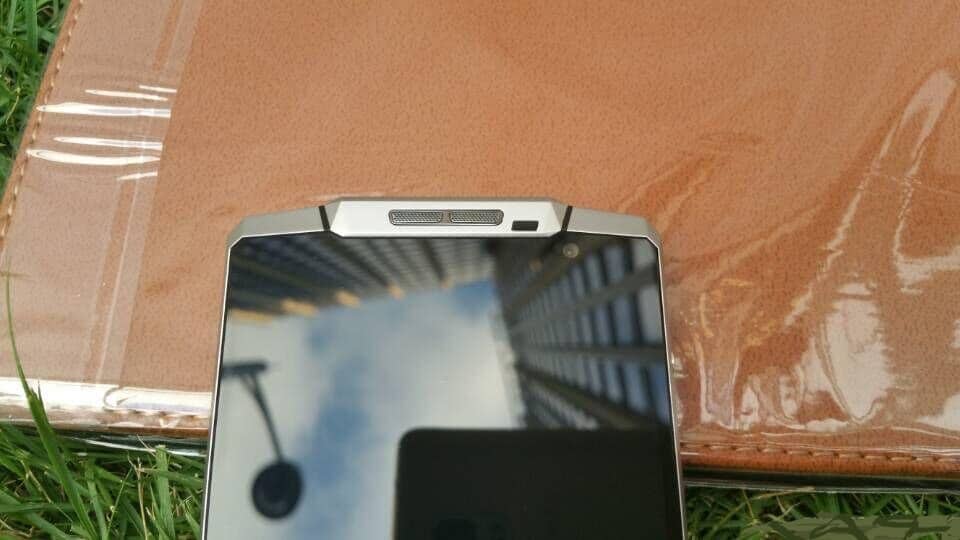 We think that Oukitel company has taken a very bold move when deciding to something that has never been tried before. It could be the very first phone on the market to feature such a huge battery. In the following pictures, we can see that K10000 looks a bit more robust than other common smartphones. Some say that it’s too rugged while some others think it’s gonna suit the powerful cell.

According to news, we predict that Oukitel K10000 will own a 5.5-inch 720p display, Mediatek MT6735 processor, 2GB RAM, and a combo of 13MP rear and 5MP front-facing camera. Android 5.1 Lollipop will be in charge of the operating system. On the other hand, one thing we are wondering is that whether with up to 10,000mAh, K10000 would sport fast charging or not; if yes, how fast it could be. We look forward to this incredible fighter Oukitel K10000 launch in the next few months. Oukitel is planning something big! There’s a headline today including a handset dressing a black chassis and a rugged appearance. More specially, it is rumored to be equipped with super huge 10,000mAh battery, maybe able to run through 5 to 7 days.

So, we have heard about many smartphones with large battery capacity so far. Just with one from 4,000mAh and above, you can use your device much longer than 24 hours. And we also have Gionee Marathon M5 featuring 6,020mAh battery and lasting for 4 days, which is considered the largest up to now. But if Oukitel is really making a phone with 10,000mAh batt, that would be the first in the world!

Besides the incredible batt, the new Oukitel phone is said to run on Android 5.1 Lollipop sport the rugged look with large screen. It seems like the new handset (in the pictures) cannot come with a slim design.

Except for the battery and some pictures of the new smartphones, there is no more information of other specs! We will update you more as soon as possible!