Smartphone manufacturers are making huge innovations nowadays with their newly-launched flagships. When one buys a new phone, there are so many things to consider about such as processor, design, camera, resolution and so on. Well, today, we will introduce you one of those key points when choosing a smartphone to buy: BATTERY.

In this post, we generate 10 smartphones, both having been produced and going to be produced in 2015, that carry huge battery life of 4,000mAh and above. Battery life is so important to many phone users, who need a device that can go and work with them, so we hope this article would help you get general view of some devices that are able to survive for a great deal of time. Leaked earlier March, Yi Lua D6000 stirred up the internet crazily when announced to carry an unbelievably massive battery capacity: 6,000mAh. It actually packs 2 batteries inside. One is removable with 3,520mAh capacity and another is a sealed one. Together with such huge battery life, the phone features other great specs like 3GB RAM, Snapdragon 615 octa-core CPU, 16MP rear camera and so on.

Yi Luo Price in Malaysia: Not revealed yet.

Yi Luo Launch Date in Malaysia: To be confirmed. Being the fifth product of Sony’s Xperia Z line, Sony Xperia Z5 appears to own a lot changes in terms of design. Also, Xperia Z5 sports upgraded Touch ID button, 4K ultra HD display, finger print sensor, retina scanner and gravity sensor. The Xperia Z5 battery is just another amazing feature that this device packs: 4,500mAh with Quick Charge, 30 min for a full-filled battery. Amazing, huh? However, Sony Xperia Z5 price is one of the highest in this list.

Sony Xperia Z5 Launch Date in Malaysia: To be confirmed. The phone is powered by MT6732 64-bit quad-core LTE processor clocked at 1.5GHz with 2GB RAM and 16GB of internal storage (expandable via microSD card). On the front lies a 5-inch 720p OGS display and a 5MP facing camera while the back spots a 13MP rear camera. P70t supports dual SIM, 3G, 4G connectivities as well as GSM network. The phone comes with Android 4.4 pre-installed with Vibe UI running on top of it. All of these fantastic specs fits in a dimension of 142×71.8×8.9 mm and weighs 149g. Earlier we gave you information about Huawei Mate 7 with high-class design, strong CPU and good-quality camera. The Mate 7 comes along with 3GB RAM and innovative quad-core, powerful enough to keep your device run smooth. It is powered by a massive battery of 4,100mAh. However, the price is a bit higher than others in this list. Lenovo K80 is our celebrity on the internet for these couples of weeks. It drew so much attention, appeared in so many review. Here at Price Pony, we even put Lenovo K80 into a 4GB RAM battle against ASUS ZenFone 2. Yes, besides all other monster specs, it has 4,000mAh battery. You never have to worry about charging again.

Lenovo K80 Launch Date in Malaysia: To be confirmed 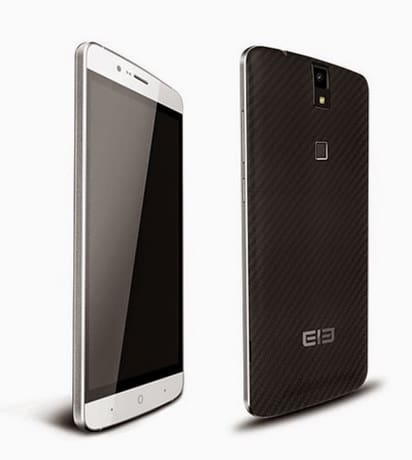 In terms of Elephone P8000 specs, it’s going to keep the fingerprint sensor on the phone’s rear. Besides, it boasts a 5.5-inch 1080p display and 3GB RAM. While MediaTek 6752 is also a very capable chipset for a smartphone, it does not support international LTE, which seems to be a drawback for devices owning this processor. It looks like Elephone has found out a better choice for their next phone when building the newer MediaTek MT6753 catering “Worldmode LTE” in P8000. As a result, Elephone P8000 will be able to support all 4G networks all over the world. Other than that, P8000 will own a 4,200mAh batt.

Elephone P8000 Launch Date in Malaysia: To be confirmed 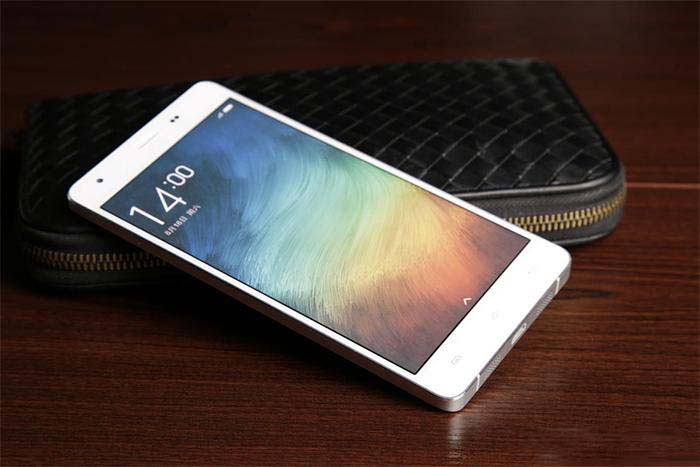 Basically, it has 2.5 D glass front with slightly curved back, and a high end Zinc Titanium metal frame. Besides, it boasts a 5.5″ HD display, Quad-Core MT6735 plus 1GB RAM. The internal memory of 16GB is expandable. You get a very decent f/2.0 8MP Main Camera and 5MP Front Shooter, along with Android 5.1 Also this device includes Wireless Charging, although we are not 100% sure on that one yet.

Doogee S6000 Specs include as mentioned before a huge 6,000mAh battery, which should give you at least 3-4 usage. To make the most of this device Doogee also added Mediatek’s newest PumpExpress Fast Charging Tech. With this you can charge your phone to 75% in just 30 minutes. If you are unsatisfied with your current battery on your smartphone, this surely sounds like a great deal.

Doogee S6000 Launch Date in Malaysia: To be confirmed In terms of look, Nubia X8 is super slim with 7.9mm thickness and 201 grams weight, but able to feature pretty good specs. It is also said to be the successor to Nubia X6 boasting a 6.44″ display. Looking at the pictures, we can see that Nubia X8 poses along with a 5.2″ Nubia Z9 and it looks bigger than its elder brother, which is likely to own a 6-inch screen with the rumored 2K display. Of course, the battery also makes this machine outstanding. It has a 5,120mAh battery together with 4GB RAM, up to 64GB of expandable storage, dual SIM, and perhaps a Qualcomm Snapdragon 810 processor.

ZTE Nubia X8 Price in Malaysia: To be confirmed

ZTE Nubia X8 Launch Date in Malaysia: To be confirmed 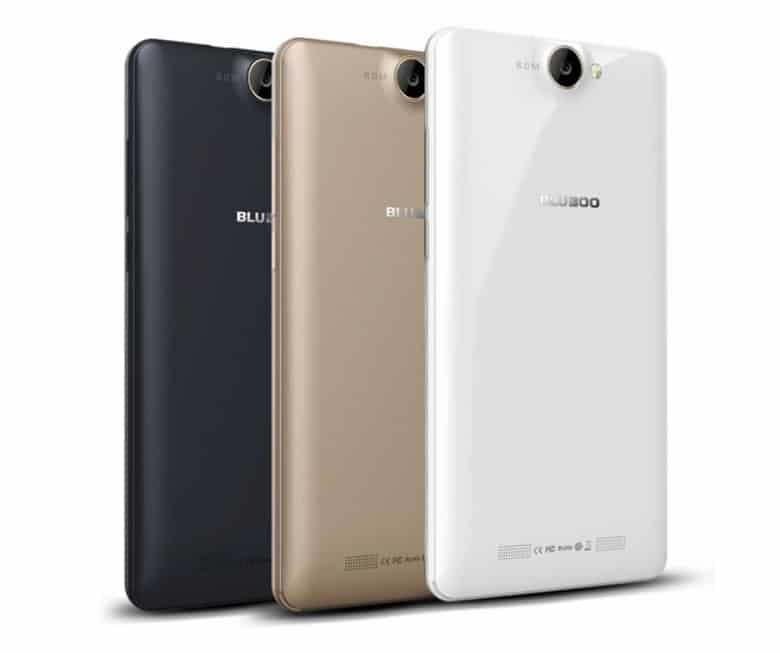 Some key features of X550 are OS Android 5.1 Lollipop, 5.5-inch (720×1280) display and a 64-bit quad-core MediaTek MTK6735 1.7GHz processor, which is quite the same as MT6732 chip but able to assist more frequencies. Nonetheless, X550 owns a less capable Mali-T720 GPU, not as powerful as Mali-T760, yet in general, Bluboo X550 is still a capable phone, even for those who want good gaming performance. Besides, the handset includes 2GB RAM, 16GB of expandable storage with a microSD card slot, and 4G LTE connectivity. About its ability of taking photos, X550 has a 13MP rear camera with a LED flash and a 2MP front-facing shooter.

And we cannot forget the X550 battery of 5,300mAh. With such an extremely big battery, it is able to last through two days of average use for just one charge. Additionally, this batt, made by a California-based company called Amprius, supports quick charging thanks to Mediaek’s PumpExpress Plus solution.

Bluboo X550 Launch Date in Malaysia: To be confirmed 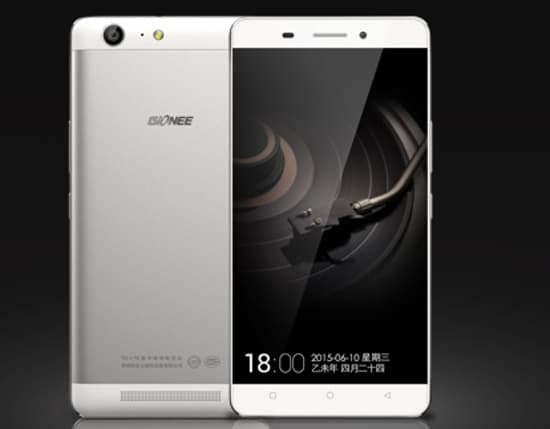 Gionee company has made an official announcement for the debut of Gionee Marathon M5 lately. Yes, that’s the phone with mighty 6,020mAh dual battery. Other specs include a 5.5-inch HD screen, a 1.3GHz quad-core processor, 4G LTE, 2GB RAM and 16GB of storage (expandable up to 128GB via microSD card). As for the camera, there are a 13MP rear cam and a 5MP front-facing snapper. The whole phone will be running on Gionee’s Amigo OS on top of Android 5.1 Lollipop. After all, this amazing handset will be available globally on June 25, 2015.

WOW, 10 of the best smartphones with amazingly huge battery life. Each of them is different in terms of specs, design, and price. However, they would all be super helpful when carried on business trips or work in a long period without getting charged.