We can say that Android Marshmallow is the hottest operating system at the moment. And we bet that many Android phone users are waiting for the day their devices will be able to get updated with this OS. 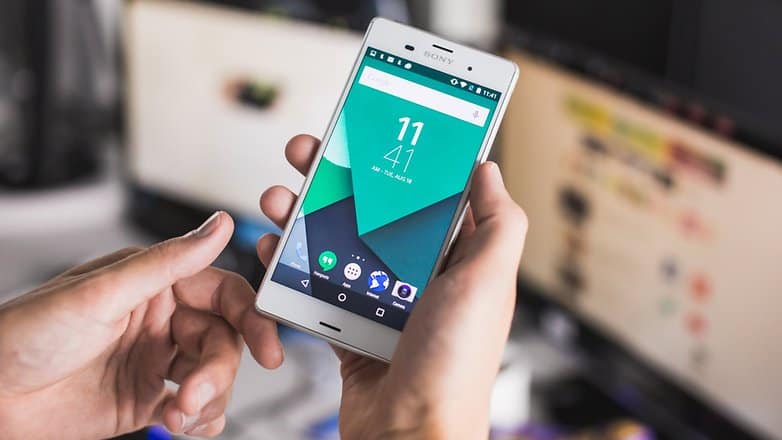 This 6.0 version is said to optimize the performance further by lowering the RAM usage and improving the standby as well as battery endurance. Moreover, it will support fingerprint sensor, security authentication, USB Type-C port, and ability to charge other devices.

Obviously, 2 latest Google Nexus machines (LG Nexus 5X and Huawei Nexus 6P) have been released with the on-board Marshmallow, but how about other Nexuses as well as smartphones of other brands?

However, LG Nexus 4 (2012) and ASUS Nexus 7 (2012) will not be able to receive the update due to the Google’s obligation of software support for Nexus devices. It is limited to maximum only two years while the aforementioned devices has three years of support.

Besides, some lists of phones going to be updated from companies like HTC, Motorola, Samsung and LG also have made their appearances on the internet.

Following the HTC list as we posted before, we now are informed of news related to Motorola, Samsung, LG and so on. For more information, let’s check out the following picture. 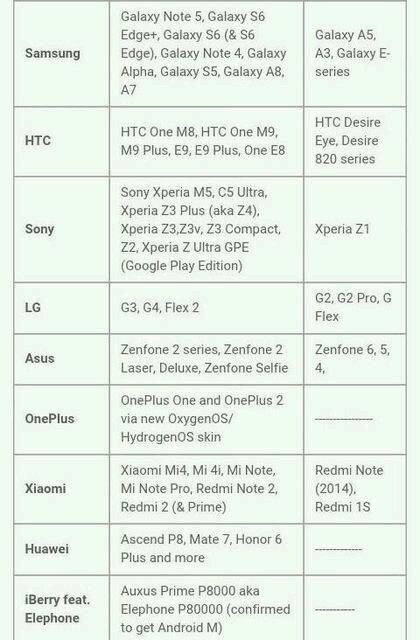 On the other hand, we are quite surprised when not seeing the just launched LG. Does it mean that the newest phone will be stuck with the older OS for a while?

In conclusion, we are glad to see this list covers many phones, which means users will soon be able  enjoy the Android 6.0 Marshmallow. Though, we still need to wait for the makers’ confirmations. So, stay tuned!