Android M is not Macadamia – It is Android 6.0 Marshmallow!

Now, we do not have to guess any more. After Lollipop, it is not Macadamia Nut Cookie but Marshmallow! Feel delicious?

Recently, Google has announced the official name for the newest OS. It is Android 6.0 Marshmallow. And as usual, a new Android statue has been placed near the headquarters of Android in California. Actually, we are not surprised by this new name. Google has a great history of naming their operating system after desserts such as Android Cupcake, Donut, Eclair, Froyo, Gingerbread, Honeycomb (only for tablets), Ice Cream Sandwich, Jelly Bean, KitKat and Lollipop. So, Marshmallow is also a perfect choice for this series. Don’t you think?

Back to May when Google I/O occurred, Android M was introduced and expected to be released this fall. It was said to optimize the performance further by lowering the RAM usage and improving the standby as well as battery endurance. Moreover, it would support fingerprint sensor, security authentication, USB Type-C port, and ability to charge other devices. 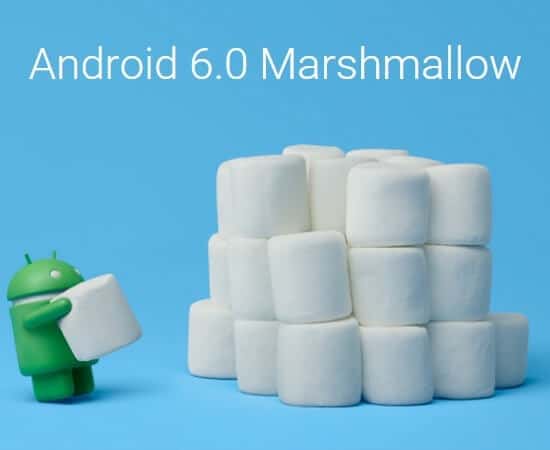 At the moment, there is just Android 6.0 Marshmallow new Developer’s Preview available on Google Nexus machines such as Nexus 5, 6, 9 and Nexus Player. Also, the “Release To Manufacturer” version will come after that soon. We are sure that the new Google Nexus product this year will be the first one to run on the Android 6.0 Marshmallow officially.

According to Google SDK (Software Developer Kit) Blog, “whether you like them straight out of the bag, roasted to a golden brown exterior with a molten center, or in fluff form, who doesn’t like marshmallows? We definitely like them! Since the launch of the M Developer Preview at Google I/O in May, we’ve enjoyed all of your participation and feedback. Today with the final Developer Preview update, we’re introducing the official Android 6.0 SDK and opening Google Play for publishing your apps that target the new API level 23 in Android Marshmallow.”

Well, we are so excited now and looking forward to see how Android M interface looks like!