Nokia N1 is a tablet first licensed by Foxconn, a contract manufacturer, and has been currently doing well in China and Taiwan. Specifically, it won a Best Android Tablet award in China at the Sina Technology 2014. So, today, we will take a look at some beautiful Nokia N1 hands-on pictures! 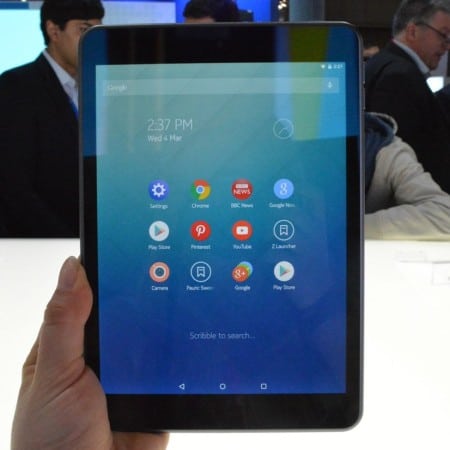 Nokia N1 launch occurred in China in January, 2015 and they were able to sell out all the N1 units they had at that time. As a result, not only Chinese market but also other international ones hope that Nokia will bring more flash sales of N1.

In the Mobile World Congress 2015 (MWC) in Barcelona, Nokia N1 tablet was brought here and some attendees got a chance to see N1 and have hands-on time with the device itself. Generally, the Nokia N1 sports a 7.9-inch 2048 x 1536 pixels IPS LCD display powered by 2 GB of RAM and 32 GB of non-expandable storage. In addition, to runt the whole tablet, Intel Atom Z3580 quad-core 2.3GHz chip is put in charge along with a PowerVR G6430 GPU.

Other Nokia N1 specs include a 5,300 mAh battery, Android 5.0 Lollipop operating system with Nokia Z Launcher, and a combo of an 8 megapixel rear and a 5 megapixel front-facing camera. Though the main snapper is not very fantastic, the selfie cam can do more things for you. It is just exactly like a smartphone’s secondary one. For a fuller specifications of the N1, check out the following table:

… we have to say that Nokia N1 is kind of a good deal when it comes to buying a tablet. With this device, we even feel more optimistic about Nokia’s future in 2016. Hope that this Nokia’s Anddroid tablet will hit our shelves soon. Until then, tell us what you think of the Nokia N1 hands-on pics!