We are glad to say that another great idea for Nokia smartphone next year has just been spotted: Nokia Lumia Play. This is a super cool concept and design for a gaming phone developed by designer Antonio Celestino. Now, let’s get into details and you will decide whether it is fantastic or not! 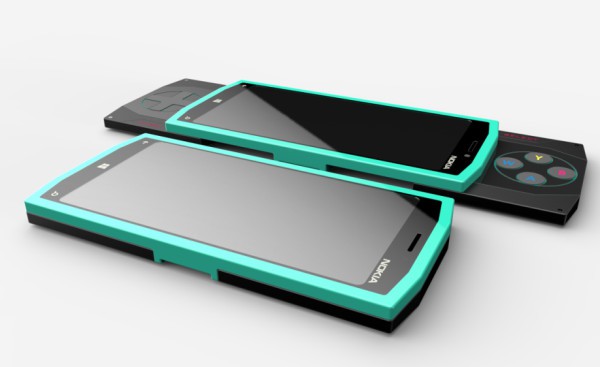 It is easily to see that Nokia Lumia Play is a concept smartphone aiming at gaming. We figure it out not only from the name but also the design. It features sliding game pads which can improve or bring a totally new mobile gaming experience since you will not have to move your fingers on a not-very-spacious screen anymore.

That is for the look. Nokia Lumia Play specs are also mentioned as a powerful package of hardware capable of delivering stunning graphics which is pretty important for most gaming smartphones. Accordingly, the Play is powered by Microsoft XBOX technology. Moreover, you can use it as a gamepad with an XBOX 360 console. It is just like 2 in 1: a smartphone and a part of a games console. Cool!

Other features of the Nokia Lumia Play are a quad-core CPU, 2 GB of RAM paired with 32 GB of internal storage (expandable up to 64 GB via a microSD card), and a display with high definition, 1136 x 640 resolution and Gorilla Glass. As for the camera, there are a 10 MP Full HD rear and a 5 MP front-facing snapper. Though this is not a camera-centric smartphone, we hope Nokia can equip the main shooter with 13 MP or more. Also, Lumia Play is said to support NFC, Bluetooth 4.0, and Wi-Fi, and come with 5 different color options.

Last but not least, you may wonder what the operating system the Play runs on. Looking at the picture, it is quite sure that the OS is Windows Phone, and Windows 10 is the newest OS now, so what can be better than that? 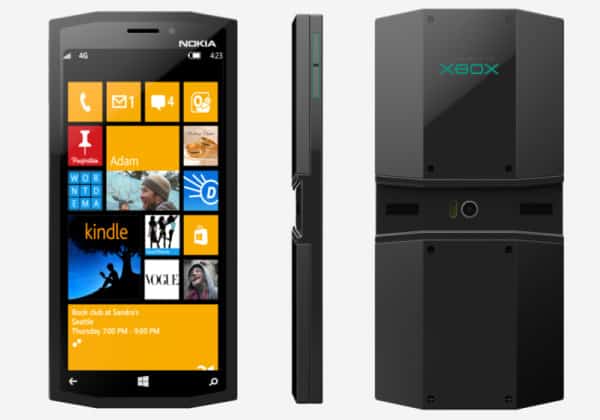 To conclude, honestly we are impressed with the design of Nokia Lumia Play most. Perhaps gaming smartphones are not very rare on the market but we believe the Play will draw a lot of attention. Do you agree?