HTC One X9 images leaked in many sources

You might see HTC One X9 in some leaked photos a few days ago. But now, you will even see it more clearly with all angles through many images having been released lately… 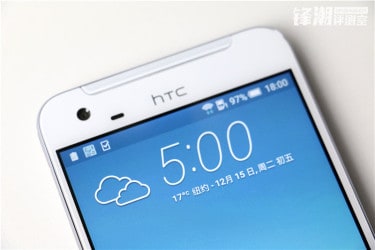 According to some news sources, HTC One X9 will be introduced in early 2016 with some changes in design. Specifically, the logo HTC on the bottom of the phone’s front surface will be removed. Looking at the pictures, we guess that the company just simply moved it to the top to make HTC One X9 a bit newer. Besides, we notice two BoomSound speakers are also on board to bring you better sound quality.

Spec-wise, it is said that HTC One X9 specs will include a 5.5″ Full HD screen, a MediaTek Helio X10 MT6795 processor, 2/3GB of RAM, and 16GB of internal storage. Besides, the whole smartphone will probably be powered by a 3,000mAh battery which is quite big enough. As for camera, the main shooter is capable of 16 megapixels with OIS feature and the secondary one is 4 megapixels Ultrapixel.

However, please note that the company has not officially confirmed anything yet. So, we’d better take the above information with a pinch of salt. Though, if this belongs to a high-end range series of HTC, we hope the specification will be more fantastic. But, in case of being a mid-rangers, we would love to buy the X9 with a good price.

HTC One X9 price and availability

At the moment, we have just been informed that the HTC One X9 launch can occur in the first quarter of 2016. Apart from it, no word has been made for its price tag. Nonetheless, we predict it will cost around $470 when going on sale. Well, what do you think about that? Share with us by commenting on Facebook or at the box below!