Gionee is a company usually well known for their great battery smartphones (which pack huge batts, in other words). And lately, another handset like that called Gionee Marathon M5 Plus has been spotted on TENAA… 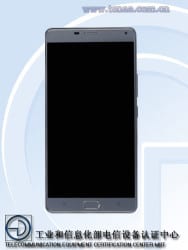 Yes, not long ago, a TENAA post revealed a new model made by Gionee. It belongs to the Marathon line which is famous for handsets equipped with very big batteries (usually more than 4,000mAh). The phone’s name is Gionee Marathon M5 Plus and the design has some changes if compared to the original Gionee Marathon M5. Specifically, there are a physical home button on the front and a big rear camera placed in the middle at the top of the machine.

Spec-wise, Gionee Marathon M5 Plus will feature a 6-inch AMOLED Full HD screen (which is larger than the M5), 3GB of RAM and a MediaTek octa-core SoC chip (but the model is still unknown). Other Gionee Marathon M5 Plus specs contain a combo of a 13MP main and a 5MP secondary camera. Though the Plus is bigger in size, it sports a 5,020mAh cell which is smaller than the M5’s 6020mAh one.

Nonetheless, that is still an impressive number, right?! And it is also enough to make Gionee Marathon M5 Plus outstanding among many phablets on the market now. Besides, we would like to praise it for the thickness. Despite boasting such a huge battery, the device is kind of slim at 8.2 mm.

Unfortunately, we have not been informed of the official Gionee Marathon M5 Plus launch date as well as its price tag. Some predict that the device will go on sale in the first quarter of 2016 and be priced at $370. What is your opinion? Is it a reasonable cost?
Next Article
Prev Article