In this post, we will show you 10 most anticipated flagship smartphones in the second half 2015. They are the 10 BEST FLAGSHIP SMARTPHONES to be launched!

As we know, Apple products with the affix “s” does not really refer to something completely new in design. Nonetheless, they bring us better specs compared to the formers. 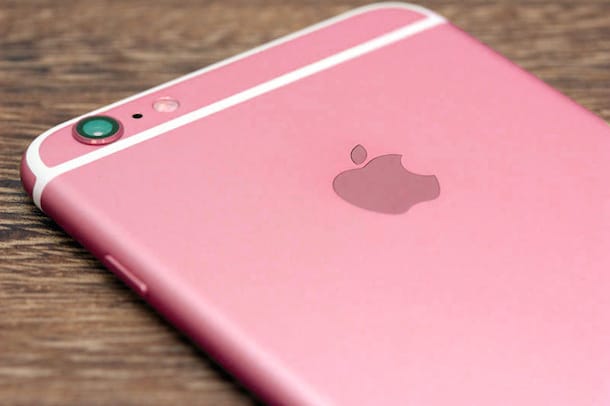 Reportedly, iPhone 6s still has a 4.7-inch LED-backlit IPS LCD and the same resolution (750 x 1334 pixels, 326ppi). One new thing could be the Force Touch tech, which can enable the phone to distinguish between a light tap and a deep press. Besides, iPhone 6s will be equipped with Apple A9 chip, 2GB RAM and a 12MP rear camera that can record 4K videos. 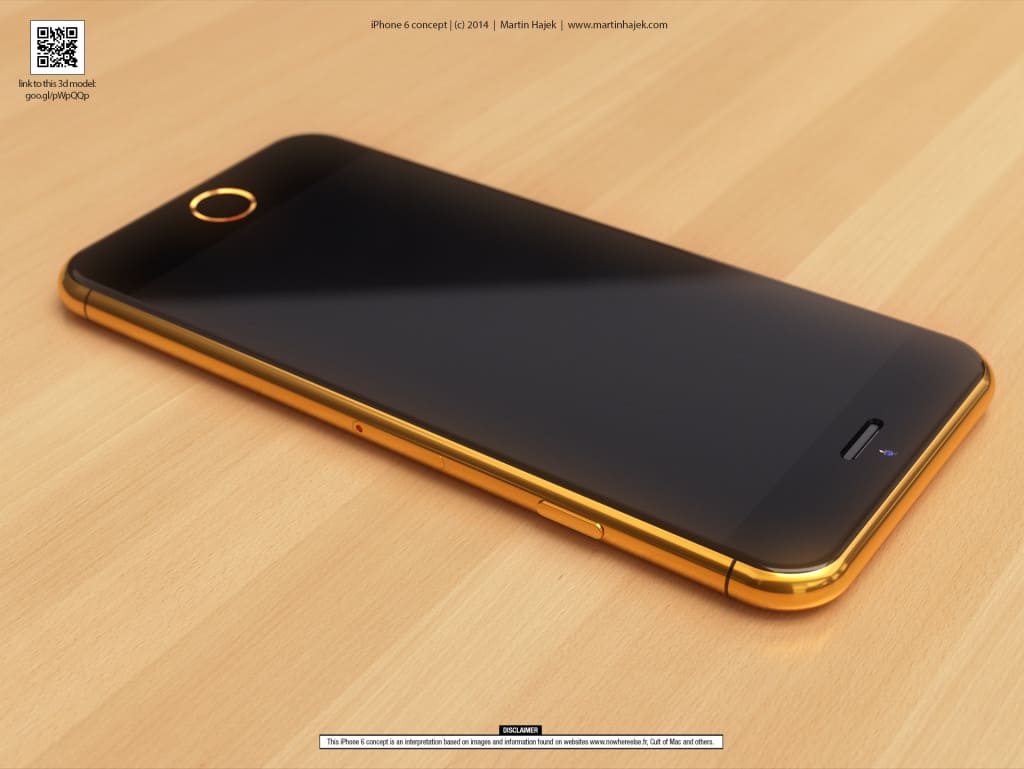 In order to enhance the hardness of the handset, Apple is likely to use aluminum alloy 7000 Series, found in the Apple Watch Sport, for Apple iPhone 6s. It is said to be “60 percent stronger than most aluminum”.

So, whether iPhone 6s can create another hit chapter for Apple like its predecessors? Let’s wait until the Apple’s annual event in September! 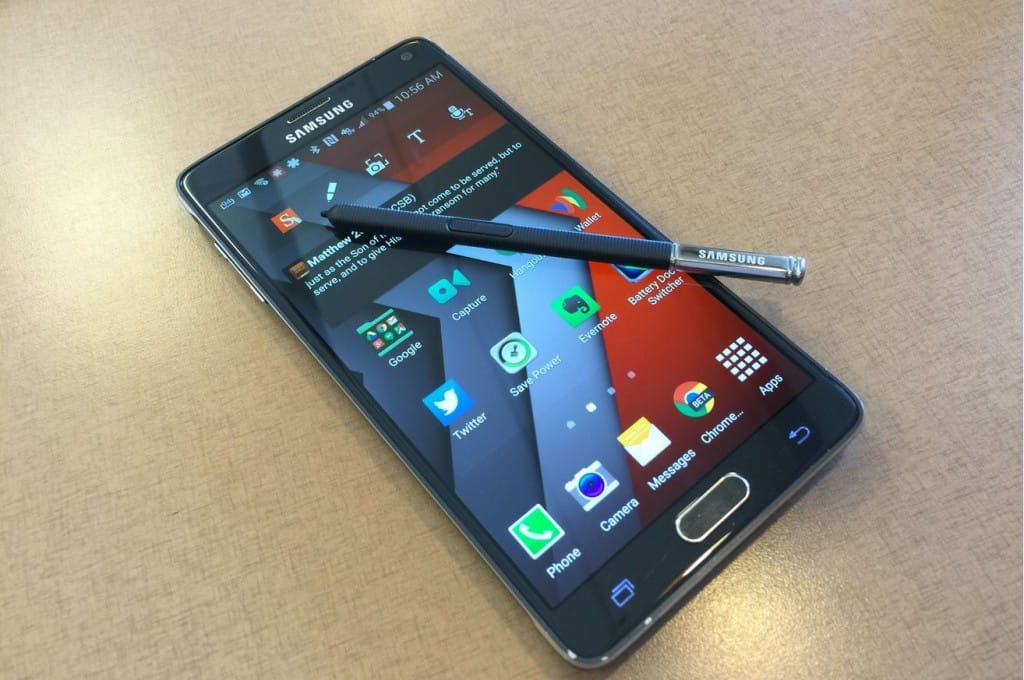 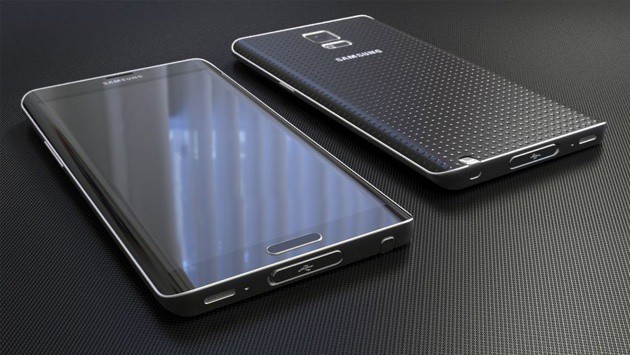 The handset is likely to be powered by an Exynos 7422 chipset, which is a modified version of the 7420 built in Samsung Galaxy S6. It is also said that the speedy UFS 2.0 memory will appear on the larger model. Other specs include a 4,100mAh battery, a USB 3.1 Type C, an improved S-pen stylus and Android 5.1.1 Lollipop in charge.

This is considered as a bigger version of the current LG G4 but with better upgrades. Beisdes, LG will use metal frame for LG G4 Pro instead plastic used for previous LG’s machines. That will make it look more premium. LG G4 Pro specs include A 5.8-inch 2K (1440×2560 pixel) display, a Snapdragon 820 chip, 4GB RAM and 2 options for the internal storage: 32GB and 64GB. Impressively, G4 Pro rear camera is capable of up to 27MP, which can be the highest number among Android smartphones nowadays. And the front-facing snapper is 8MP, also a good choice for those who love taking selfies. 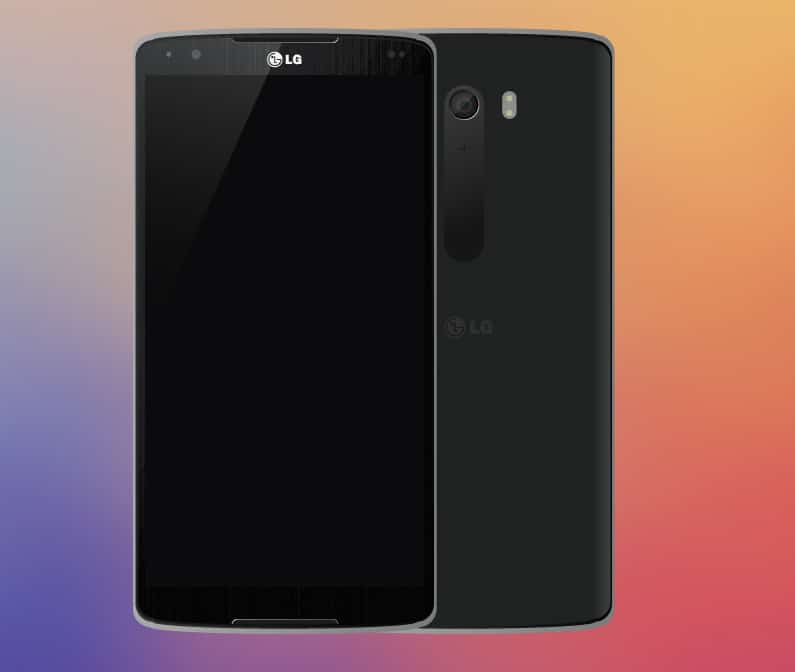 We can see that LG used to introduce many highe-end phablets such as LG G Pro 2 and Optimus G Pro. However, they did not get much success like phablets of Samsung or Apple. Hopefully, this time LG G4 Pro will be strong enough to compete with iPhone 6s Plus or Samsung Galaxy Note 5 in the H2.

OnePlus products are famous for eye-catching designs, good specs and prices. Last year, OnePlus One impressed phone consumers a lot, so that there is more expectation put on the second generation of OnePlus this year. 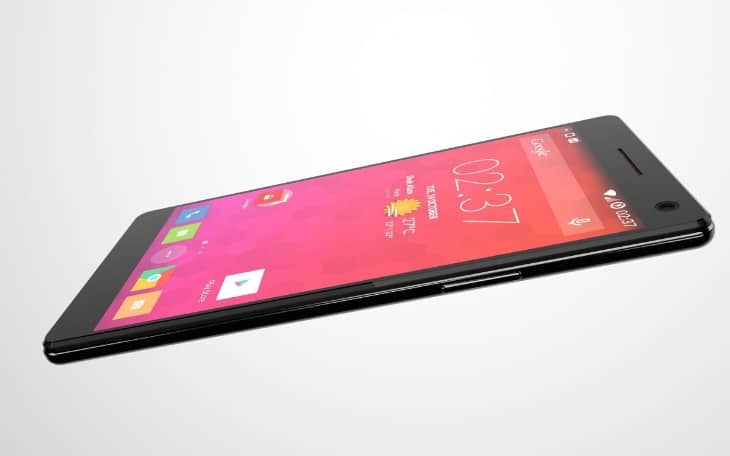 In terms of look, it is said that OPO 2 will not have many differences, yet the high-end mental material and strong specs will make OnePlus Two outstanding. According to news, it has a Snapdragon 810 chipset, a 5.5-inch Quad HD, 3GB RAM, a USB Type-C, and a 3,300mAh battery. 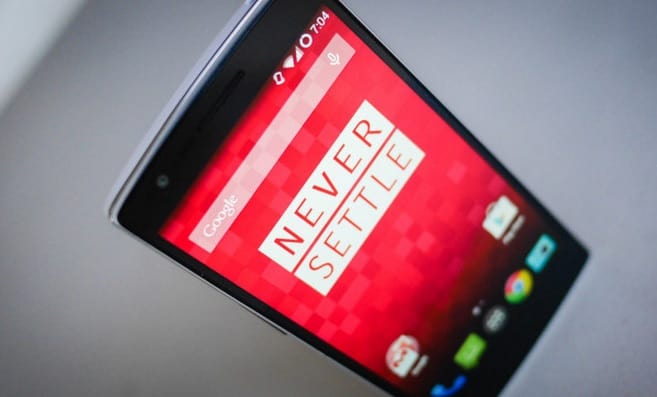 Right now, we are looking forward to seeing a good price coming along with this gorgeous flagship.

Recently, info about the new Xiaomi flagship of this year, Xiaomi Mi5, has been leaked. It will look similar to Mi Note. The main processor is the Qualcomm Snapdragon 820 SoC paired with 4GB RAM, and 16GB or 64GB ROM. Mi5 will run on Android 5.1.1 with MIUI on top. 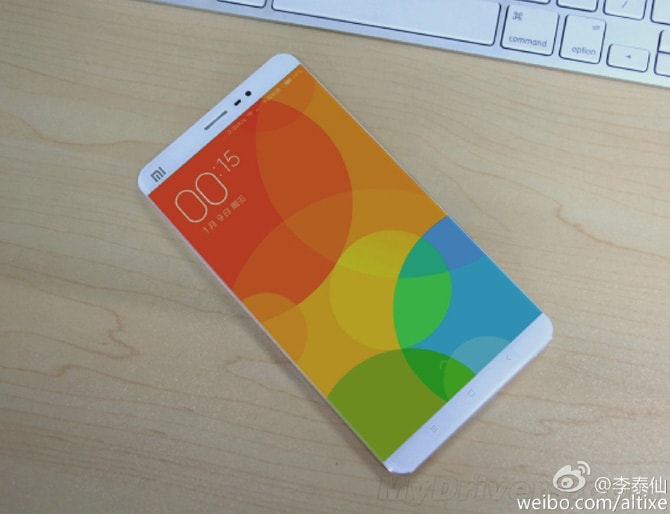 Talking about the cameras, the device will boast a 16MP rear and a 6MP front-facing shooter. Other specs consist of a 5.3-inch 2560 x 1440p display, a fingerprint scanner and a 3030mAh battery.

Some sources claimed that Xiaomi Mi5 will be released in November, a very choice since people tend to buy more at the end of the year. Unfortunately, Xiaomi Mi price has not been revealed. 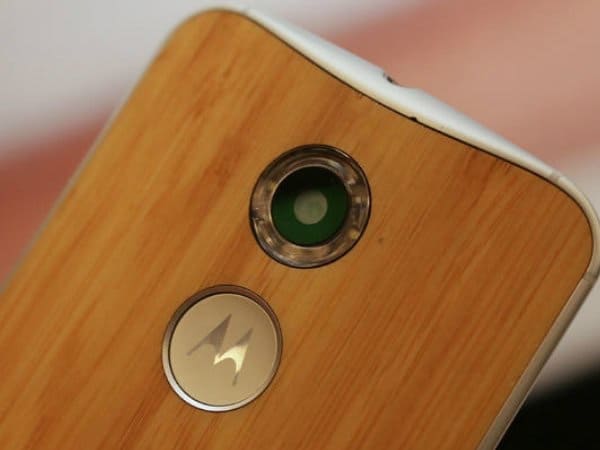 Moto X (2015) will debut soon. Some leaks say that this Moto X third generation will have more upgrades to catch up with common trends on the mobile market. The screen measures 5.2 inches with 2K resolution; there are also a Snapdragon 808 64-bit chip, 4GB RAM, 32GB or 64GB ROM, and a 3,280mAh battery. Last but not least, its camera combo will sport a 5-megapixel and a 16-megapixel with Clear Pixel tech. 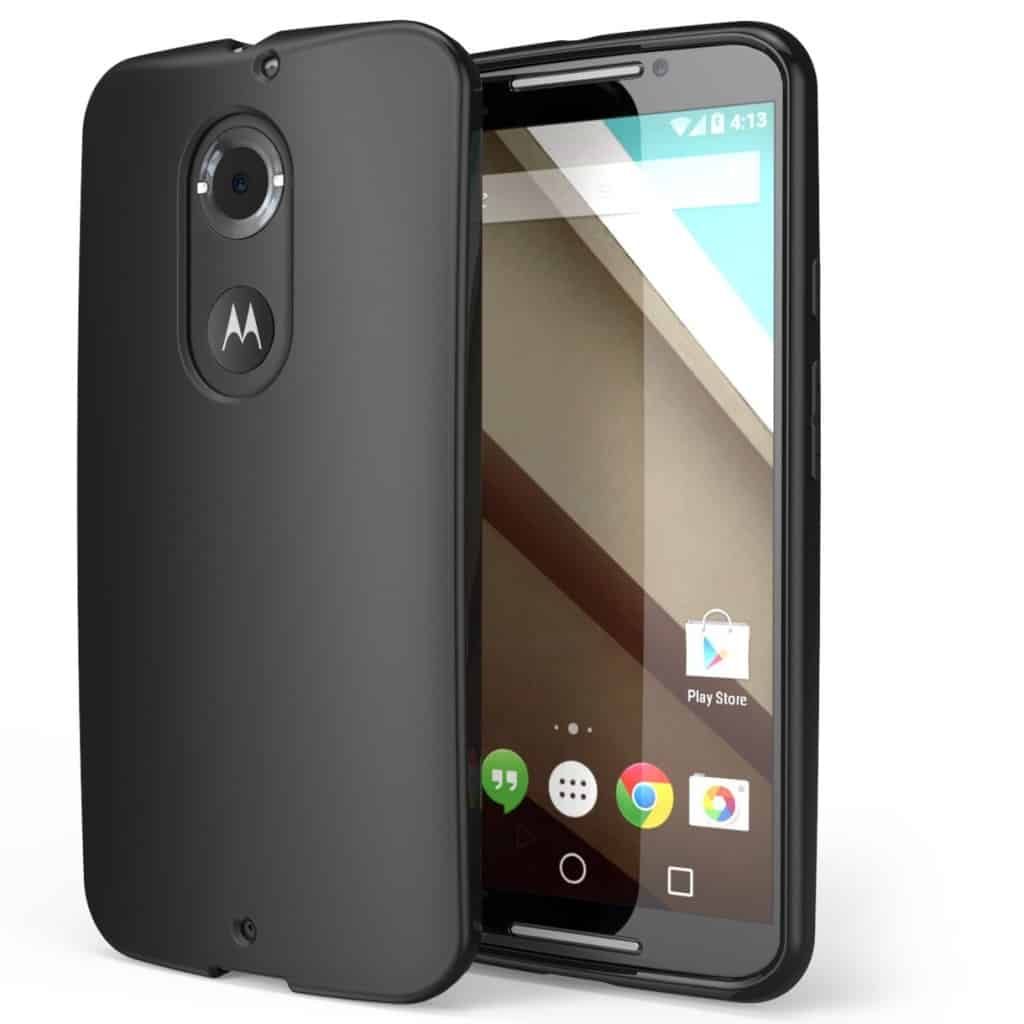 Rumors are suggesting that Blackberry is going to launch a new device this November 2015. The new flagship is a “slider” that Blackberry introduced earlier in MWC. It seems that the new machine will be called Blackberry Venice. 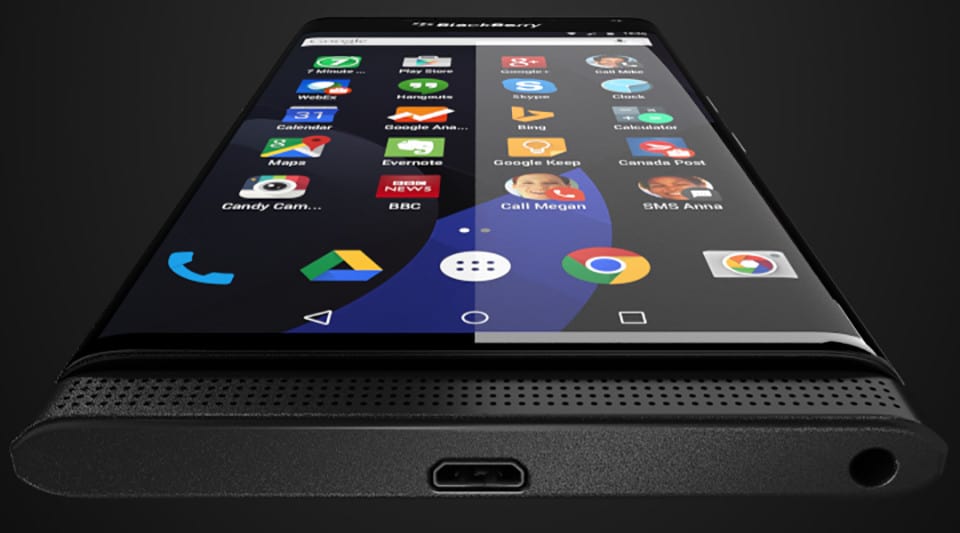 Microsoft Lumia 940 has an aluminum unibody design with 5.2” FHD super AMOLED display. Lumia smartphones are usually famous for their Pureview cameras and so is Lumia 940. Its main camera sports 25MP sensor Zeiss lens with triple-tone LED flash, 3rd-gen OIS capable of 4K video recording. Up front of the device is a super wide-angle 5MP shooter. 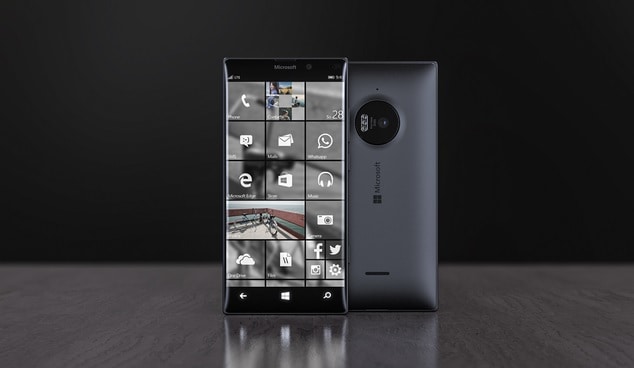 This phone will probably come in 3 versions with different capacities of ROM and processors. Specifically, 32GB Lumia 940 will be powered by a Qualcomm Snapdragon 808, while the 64GB and 128GB versions will be driven by a Snapdragon 815 SoC. 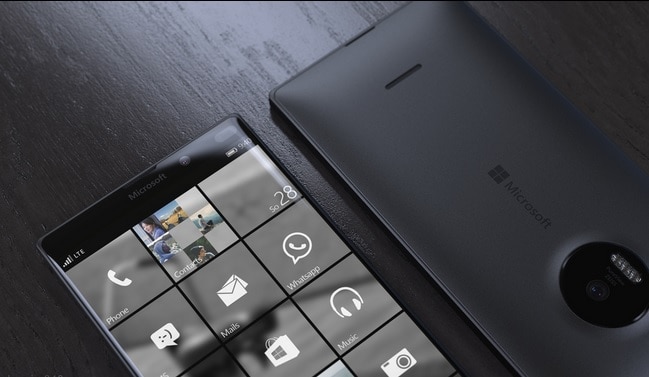 Sony Xperia Z5 is going to be a masterpiece. It will adopt a new premium metallic design with a completely clean front end and a frosted glass effect, inspired by the recent BRAVIA television sets. Also, Z5 is going to have its iconic logo moved to one side, not on the front any more. It is said that the whole Sony Z5 will be prettier than the iPhone 6. As a result, people are really looking forward to its appearance. Moreover, it is expected that Z5 will boast a QHD display with a resolution of 2560 x 1440 pixels, and pack a Qualcomm Snapdragon 820 processor and 4GB of RAM. 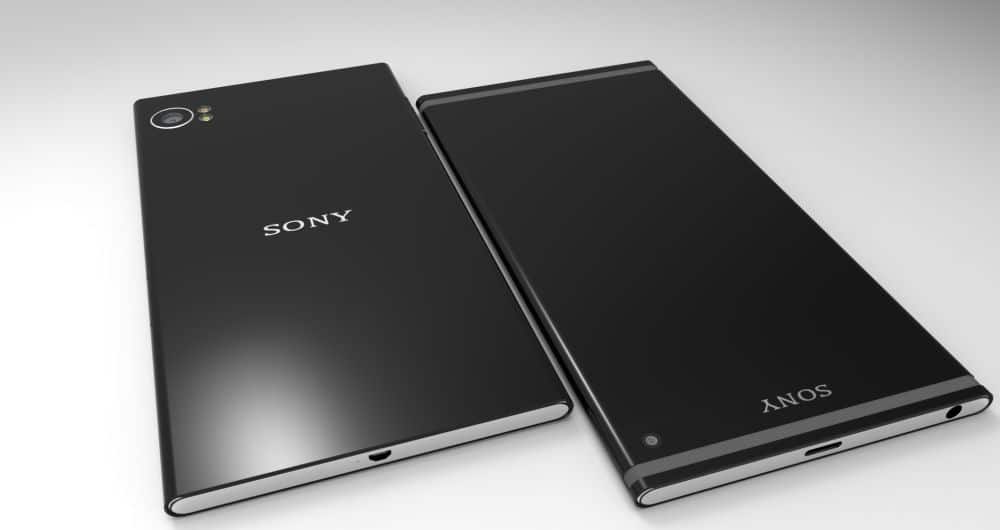 Unlike Z4, Sony Z5’s sides will be thicker and may use the previous smartphone Sony Ericsson mobile phone retro design, which Z5 Ultra and Z5 Compact will also take. Z5 body lock screen button will be integrated fingerprint recognition and the latest Sony camera featuring a 21-megapixel rear cam and a new IMX230 sensor with OIS. Over the last months, we are informed of the new Google Nexus in 2015 produced by Huawei manufacturer. Though, there are not many details spotted for this flagship device. What we’ve got so far is some leaks mentioning that Huawei Nexus will own a 5.7-inch QHD screen and a Qualcomm Snapdragon 810 processor. Some even says that Nexus is likely to draw its inspiration from Huawei P8. Though, Huawei has not confirmed anything officially while Google refused to give any comments. So, we should be waiting!