Update: As confirmed by XIaomi official, the Xiaomi Redmi Note 2 will sport a Micro-Sd card – Finally.

The Xiaomi famouse Chinese mobile manufacturer finally released its latest device named Xiaomi Redmi Note 2.  In the same day, the company also announced the new MIUI OS called MIUI 7 which is the new version of Xiaomi based Android OS. Now, we will have a clear vision on the new Redmi Note 2 most awaited smartphone! 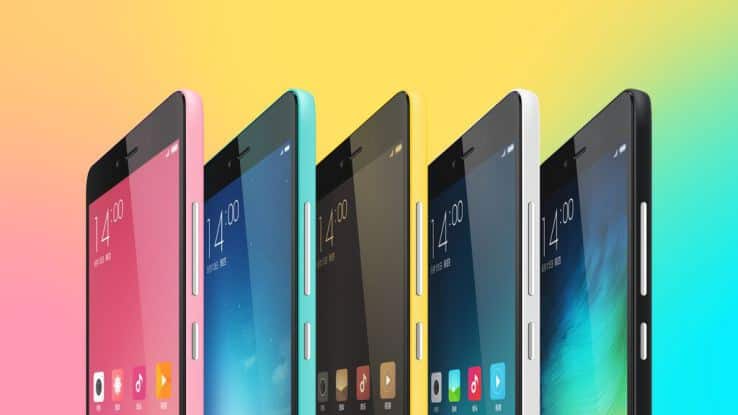 At the same time they released the new beast, Xiaomi also showed the Redmi Note 2 Antutu Benchmark result, which reached up to nearly 50,000. This Antutu score is very high for a mid-end flagship like the Note 2. Wow, we believe by now, it is hot enough for you to crave for more details about the handset. 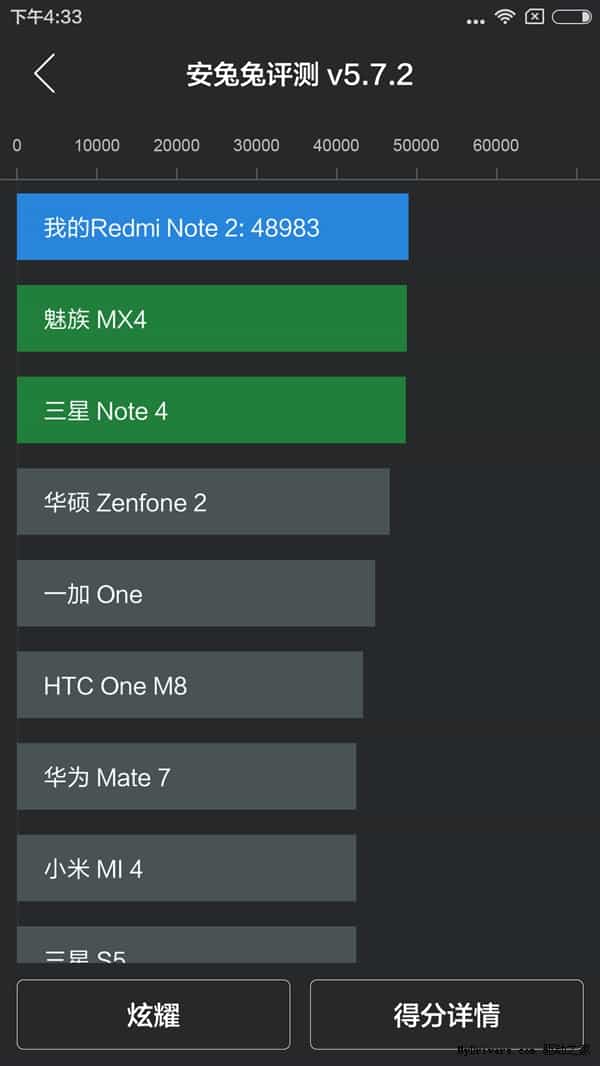 In terms of Redmi Note 2 design, as a signature feature from Xiaomi, the handset comes with colorful plastic body, giving a fun and bright look. In general, the handet 2 looks elegant with slim rear of only 8.25 mm thick.

Xiaomi Redmi Note 2 features a 5.5” IPS LCD display with a resolution of 1080 x 1920 pixels. Both the size and the resolution are quite popular in the market nowadays. The handset is powered by 2GB of RAM and powerful Helio X10 chipset from MediaTek. If you need confirmation, yes, Helio X10 is one of the strongest chips found in smartphones recently, which is also used in the popular Meizu MX5 – which is nearly tripled in price (RM1500 vs PHP RM520)

Other smartphone includes 16GB/32GB ROM, 13MP/5MP camera and 3,060 mAH battery. Despite of the price, the Redmi Note 2 battery is even slightly bigger than the Galaxy S6 Edge Plus, debuted not long before. The phone supports 4G LTE connectivity too.

The device camera goes with phase-detection auto-focus that captures the subject even faster than other camera flagships.Xiaomi claimed that the best focus speed of this camera is under 0.1 second, while average speed found in other phones is 0.3 second.

Currently, Redmi Note 2 is frist available in the China market. The basic 16GB ROM version priced at 799 Yuan which is approximate RM 79. It can be assumed that when the devices come to Malaysia market, the Redmi Note 2 price in Malaysia could be around RM500 or slightly higher because of VAT and tax.

With the good specs such as 2GB of RAM as well as 13-megapixel camera and 3,000mAh battery capacity. The RM500 price is an ideal and affordable option! Consumers from many other countries are eagerly waiting for its soon official release!
Next Article
Prev Article