ZTE has just claimed that Huawei “copied” their Athena (aka Grand S) design for Huawei Nexus 6P launched some days ago. Is it possible?

Recently, a post by the ZTE’s marketing head Lu Qian Hao on Weibo has stirred up the mobile market. It says that Huawei Nexus 6P might have copied one of their designs. At the moment, Nexus 6P is the latest flagship coming with strong specs and a beautiful look. But if Huawei really did it, obviously they would have to face a big trouble. 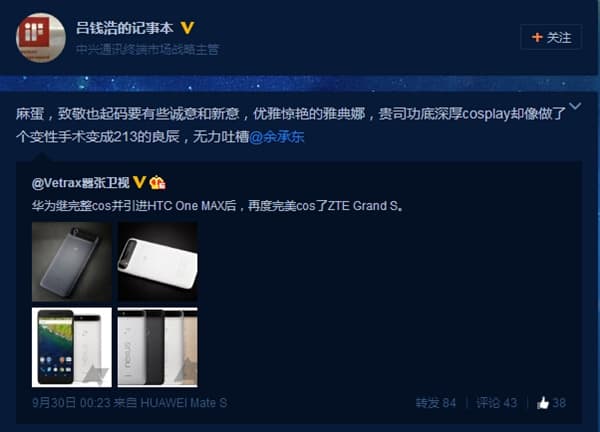 Looking at the comparison photos, we we can easily notice that the rears are quite similar, especially the interesting cameras on the back surfaces with the black bars across them, very standing out and creating a nice contrast.

However, though ZTE has spotted the situation, they seems not very angry. Moreover, they even make it sound a bit funny when talking about how Huawei “paid tribute” to them. 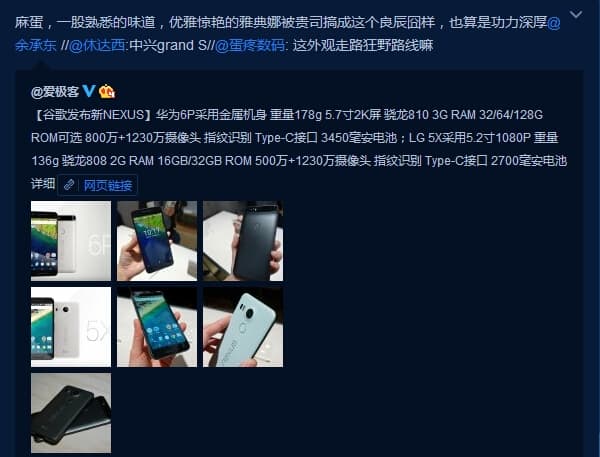 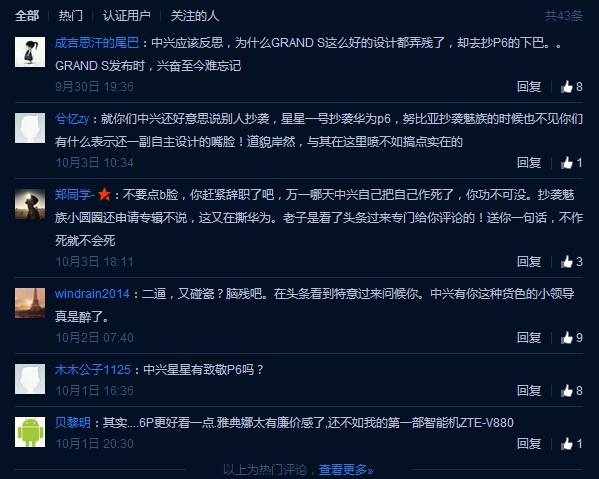 The mentioned device is ZTE Athena (aka ZTE Grand S), released in January, 2013, while Huawei Nexus 6P was introduced this month, October, 2015. Apart from the design, they have 2 different packages of features as below:

Right now, we are wondering if ZTE wants to take Huawei to court or not, and how Huawei will respond to ZTE. What do you guys think? Will things get worse in the next weeks?

Keep in touch! We will update it soon!