Xiaomi Mi Note vs Samsung Galaxy Note 4: Here is the awesome battle you need to know!

It has been known popularly that the phablet Xiaomi Mi Note finally official launched in Malaysia. The Mi Note will be on sale this 28 July.

Obviously, the Xiaomi Mi Note has taken the attention of global with its impressive quality – the powerful specs and affordable price tag. The 5.7-inch device was put up against many others notable devices like iPhone 6+, Huawei Ascend Mate 7, and now – the Samsung Galaxy Note 4.

Samsung has been well known for its making phablets so far. Therefore, any devices having the similar sizes has to be put up against this world-famous Note flagship. This is why the Samsung Galaxy Note 4 is a major competitor to the Xiaomi Mi Note.

As we can see that, the two phablets has the same dimension of 5.7-inch. However, the Xiaomi seems to have the dominant appearance with matal accents instead of the the Galaxy Note 4’s plastic material.

By the way, if you are finding a device with higher function, then the advanced processor  of Galaxy Note 4 may please you rather than the Mi Note. In fact, both devices might have the similar performance and speed. They all feature the same 3GB of RAM, means that you will get the same multi-tasking power with both. Nevertheless, there may appear a difference in term of the software.

The battery performance of Mi Note are still in testing and it  seems like the Note 4 is hard to beat here. Note 4 ‘s battery is slightly larger, but its high pixels may consume a considerable battery.

Finally, the Xiaomi’s price is one of the remarkable points. It costs around $390 (approx. RM 1,549) while the Note 4 price is much more higher compared to the Mi Note. 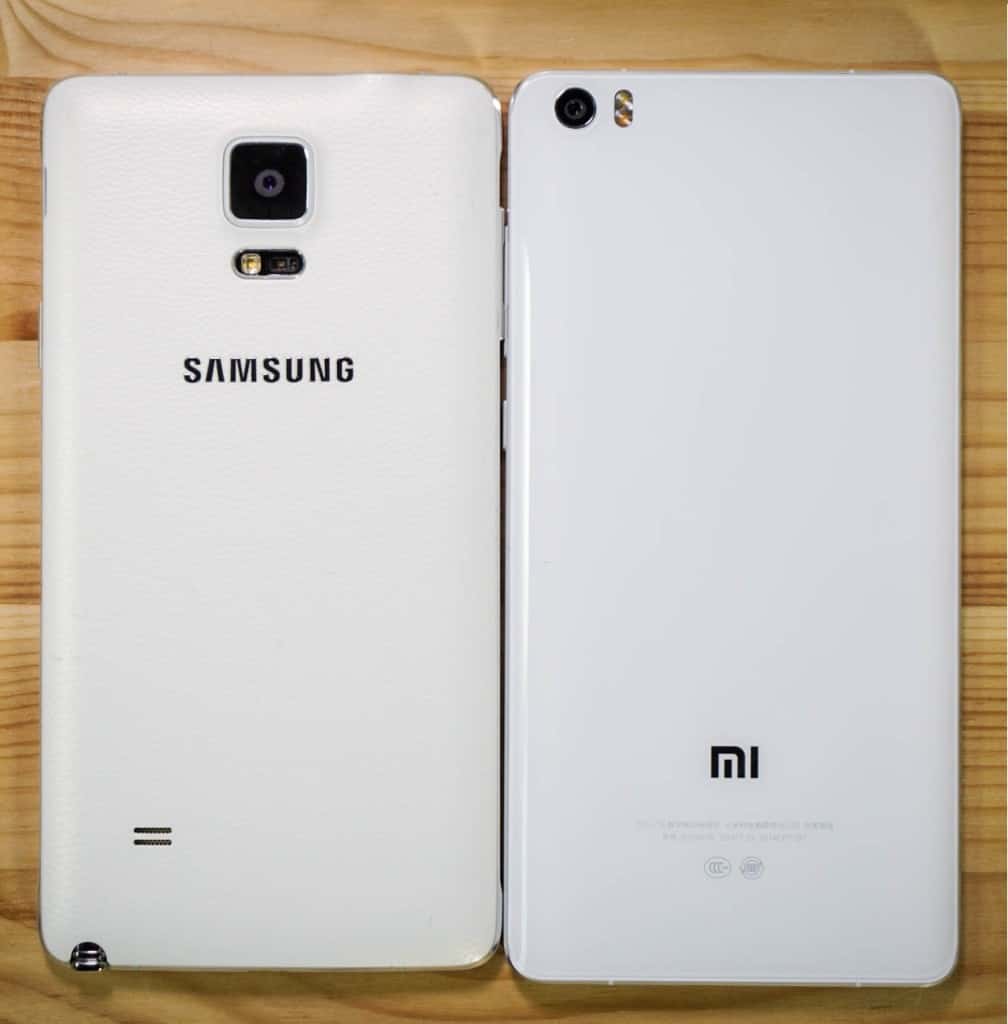 In short, if you really care for the Samsung’s features and the S Pen functionality, then the Note 4 is superior, and you will have to pay high premium price for sure.

If you want something that is simpler and nearly as powerful as Samsung’s alternative. Then, the Mi Note is the better deal.

Which one catch your attention more – Xiaomi Mi Note vs Samsung Galaxy Note 4 ? Let’s us know your opinion !!!