We have seen OnePlus hold a “contest” where people exchange their Samsung Galaxy S6, S6 edge, S6 edge+, or Samsung Galaxy Note 5 for a free OnePlus 2. Of course the company will donate the phones to a charitable organization called Hope Phones to help bring medical tech to where it is needed. However, we think the idea just failed since those Samsung devices are much more expensive and powerful than an OP 2. But that is the story of OnePlus 2 and Samsung phones. Say, if OnePlus 2 can be exchanged for another one at its level, maybe the “contest” will be more… reasonable 😎 . 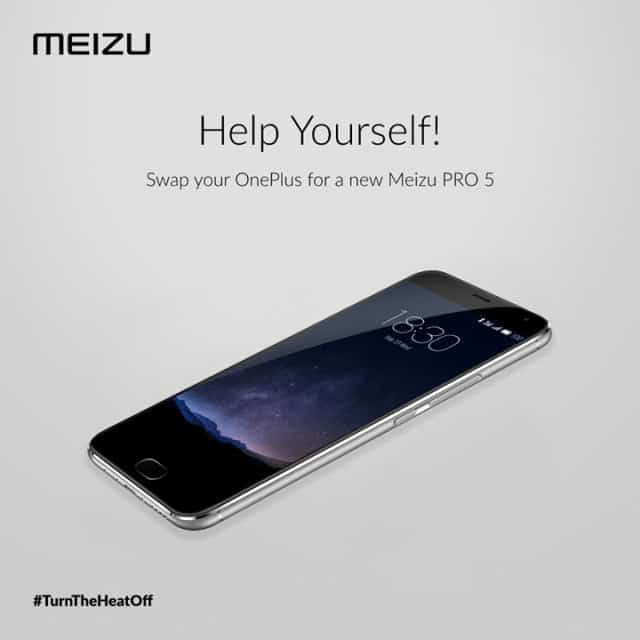 Lately, Meizu has announced that they are having a plan aiming at OnePlus 2 users. Accordingly, who is owning a OnePlus 2 can fill up a form and win a chance to swap their OP 2 for a Meizu PRO 5, which is like swapping a flagship for another flagship. The method is quite similar to OnePlus team, but this time, Meizu seems more rational. In one of their recent Facebook posts, they say:

“Want to swap your OnePlus phone for a Meizu PRO 5? Tell us why you want to #TurnTheHeatOff and you could win!”

Obviously Meizu wants to aim at the OP 2’s overheating problems caused by Snapdragon 810 chip. Meanwhile, Pro 5’s processor is Exynos 7420, which is used in machines of Samsung Galaxy S6 series and the latest flagship Samsung Galaxy Note 5.So, thanks to the program Meizu has just raised, we also like to look at these guys in terms of specs and prices to see if the exchange is worth the risk. No one wants to take back a less strong or worse smartphone, right?First, let’s check out their spec comparison table below:

In terms of dimensions and weights, we can easily recognize that the Meizu Pro 5 is thinner, lighter and more colorful (we mean Pro 5 has more color options for you to choose) than the OP 2 (coming with just Sandstone Black). Furthermore, the display of Pro 5 measures 5.7 inches, bigger than the 5.5-inch one of OnePlus 2 with the same Full HD resolution. Nonetheless, we do not think the size really matters, and 5.7 inches can even make it harder for you to hold or put in your pocket.

As for the RAM and ROM, they are quite similar when splitting into 2 versions for 3GB and 4GB RAM. Yet, we guess that Pro 5 will be liked more since it has an expandable internal storage (up to 128GB) while OP 2 does not.

Next, we should definitely talk about camera. It is not difficult to realize that Meizu has very generously equipped their smartphone with an awesome rear shooter of 21 megapixels. Wow, that’s a lot! Anyhow, at some point such as battery, OP 2 beats Meizu Pro 5 although the difference is not big. OP 2 has a 3,300mAh batt while Pro 5 only has a 3,050mAh one. 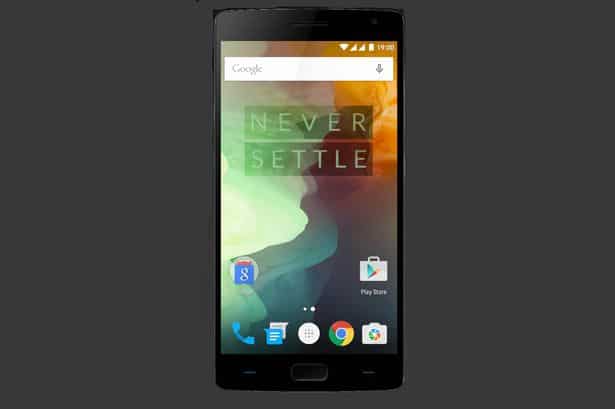 That’s what we think. But, what do you think?