Sony Xperia Z5 and Xperia Z5 Compact sibling is the smartphone premium lines that Sony is planning to develop as  the next generation of model Xperia Z3 + as well as the Xperia Z4. 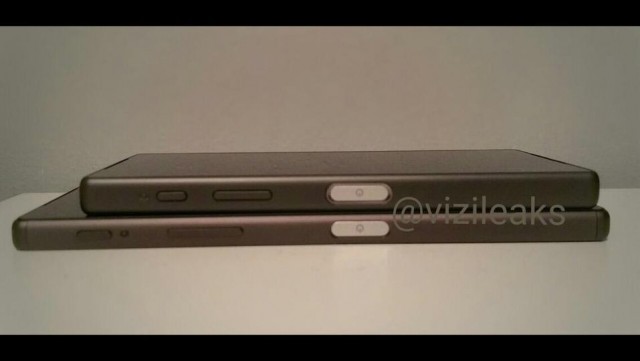 According to the previous leaked images, Xperia Z5 Compact maintains the OmniBalance design of the usual Sony Xperia style, especially when it comes to camera lens, LED flash and logo placement. The aluminum cover around the white version of the phone is also quite appropriate.

However , it may have more features of fingerprint sensor and power button, the volume button placed at the right edge. This time, photos leaked shows the back of the Z5 Compact not very different from the Sony Xperia Z3 Compact, and it also has LED flash on the right side of the camera.

It is expected that the upcoming Sony Xperia Z5 Compact will come with 4.7-inch screen with 720 x 1280p resolution and pixel density of 312ppi. The smartphone will run octa-core Snapdragon 810 chipset and graphics Adreno 430. It also has 3GB of RAM and a waterproof IP68 certification.

How do you feel about the coming Xperia Z5 Compact ? Stay tuned and we will provide latest information about this hot device!