Not long ago, Sony confirmed that there will be a conference on September 2, 2015, and their new flagship Sony Xperia Z5 would debut also. We have been hearing quite a lot of news as well as seeing many alleged pictures of it these days. If you remember, in one recent post, we have spotted Z5 and Z5 Compact in a pic where they are displaying their fingerprint scanner. Many people think that if that is of Sony Xperia Z5, it is kind of disappointing in terms of design; it is quite similar to other available Sony Xperia Z members. 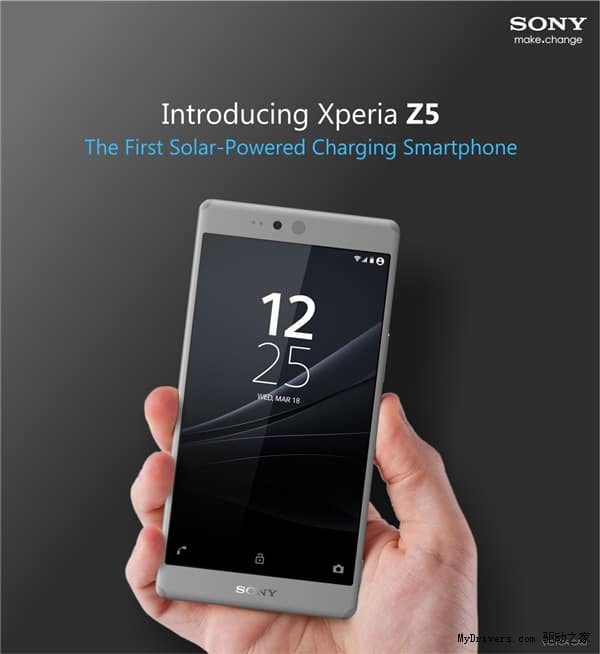 However, a French media have just brought a new Sony Xperia Z5 poster showing a conceptual design. It does not look boring anymore. It is beautiful and bright, in fact.

As what the picture describes, Sony Xperia Z5 may come with an aluminum body with 3 color variants: silver, champagne, and mint. It sports a 5.5-inch 2K OLED, the next generation of Qualcomm Snapdragon processor, 4GB RAM and 32GB of internal storage. The whole machine will be powered by Android M operating system. One special thing about it is that the fingerprint sensor will be built in the power button on one side of the phone. 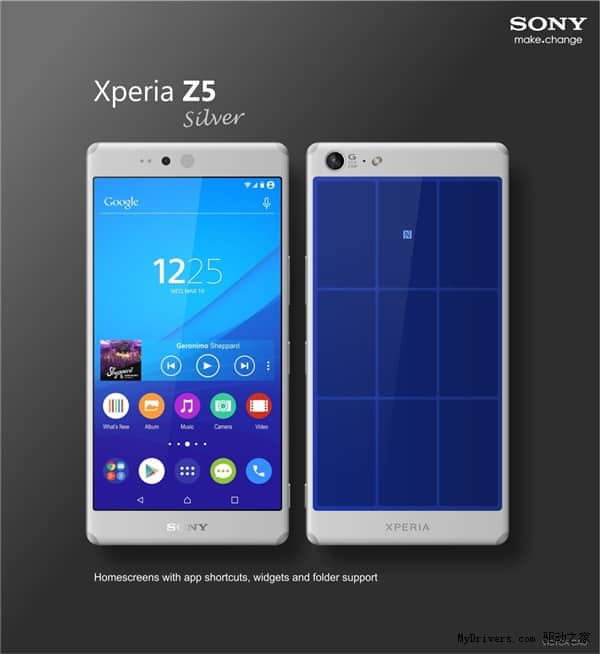 In terms of camera combo, of course it is expected to be gorgeous. The rear one is capable of 21MP with the IMX230 sensor, optical image stabilization and 5x zoom; however, we have no idea of the selfie shooter. Besides, Sony Xperia Z5 will be equipped with a USB type-C port and a 3,500mAh battery, according to source of the pic. 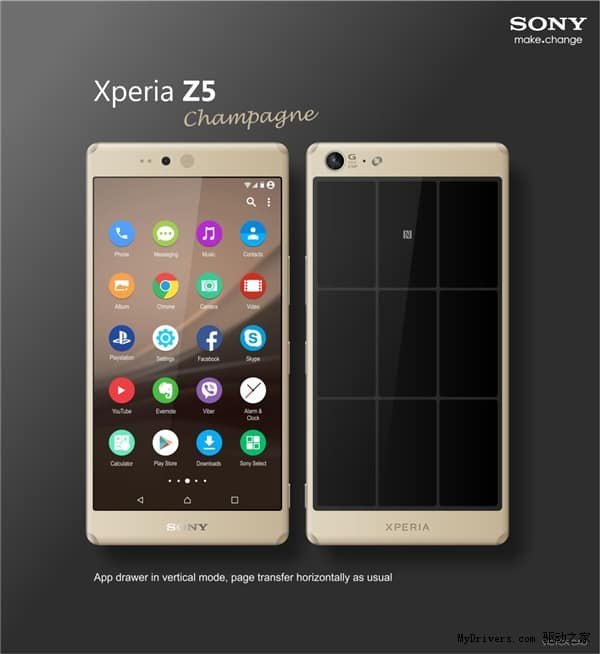 In addition, it is also said to support Sony IP68 dust and water resistance, and solar charging panel on the back. What a wonderful package, right?! 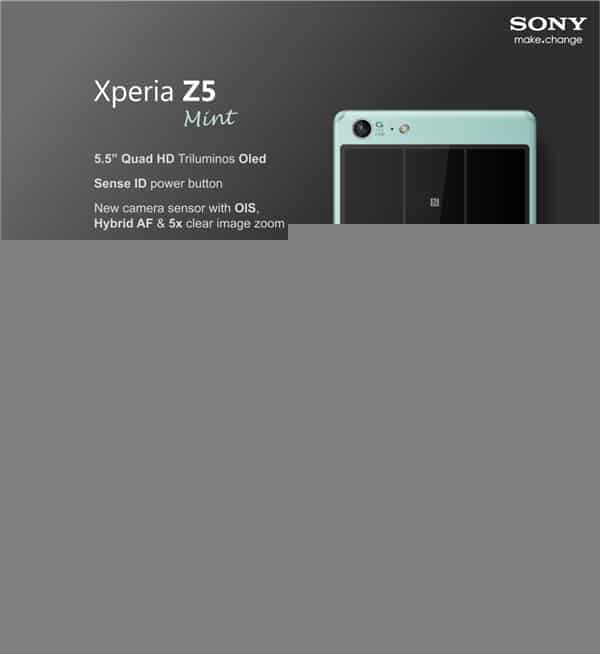 To conclude, if Sony Xperia Z5 can be launched with the design and specs as what we are looking at, no doubt it will be a BOMB flagship this year!