Running Windows programs on an Android phone – Why not?

There are some people only loving to use what they have on their phones, for example the operating system. However, there are some who prefer to have 2 systems at the same time, so they are able to use the apps that cannot be compatible with this OS, but can be with the other. In today’s post, we will mention some Windows programs which are enabled on some selected android mobiles , thanks to WINE. 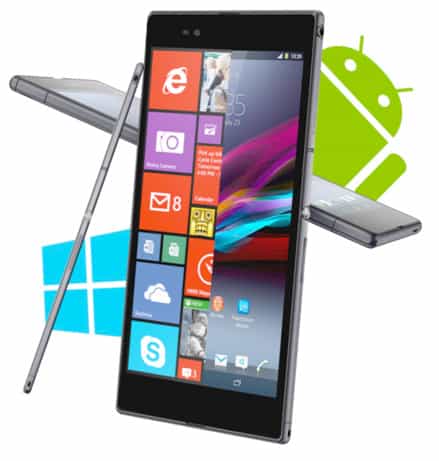 Firstly, we would like to provide some short definitions. For Android OS, it is a “mobile operating system developed by Google, based on the Linux kernel and designed primarily for touchscreen mobile devices such as smartphones and tablets.”

Meanwhile, WINE is an “application layer that fills in the missing ‘bits’ that aren’t found on Linux or other non-Windows platforms”. It will allow Windows programs to work at the same speed they have on a Microsoft device (running Windows OS). Anyhow, you may have to wait a bit for WINE to come at the end of the year.

Though the idea of running Windows Mobile programs on an Android phone sounds exciting, you have to bear in mind that WINE is not an emulator and Windows programs will require an x86 processor. Yet, most Android handsets run ARM-based chips, so they will not be able to utilize the WINE tech.

On a brighter side, Intel-powered Android machines are increasing, especially in the tablet area, and some of them are seeing a few well-received Intel-powered options, like ASUS ZenFone 2. If you are owning or going to have such a phone, you totally can sign up and get notification when WINE for Android is available.Well, the idea is so great for those who want to run popular Windows programs on Android. But how about you? Share with us your feelings and opinions 🙂 !