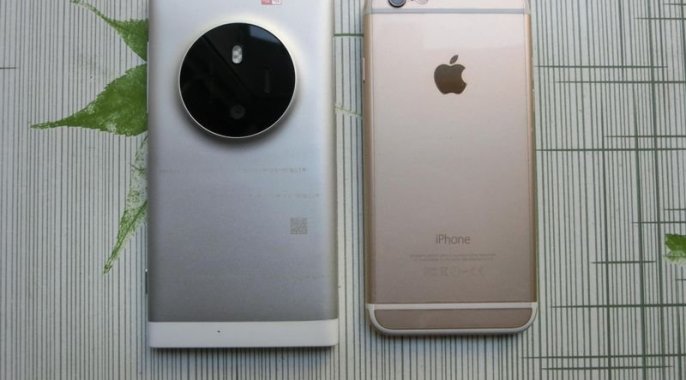 Since the Nokia McLaren had made it so close to mass production, we can actually see pictures of the real machine. This is also what many smartphone producers do: first they have the smartphone concept, then proceed the design render, then they work on to propose how the smartphone looks in real machine before having it manufactured and launched.

The pictures we found feature a Nokia McLaren laying next to an iPhone, allegedly iPhone 6S. I guess the author of these pics intended to make some comparison of the two devices: McLaren from world-popular Nokia and iPhone 6 from controversial Apple! 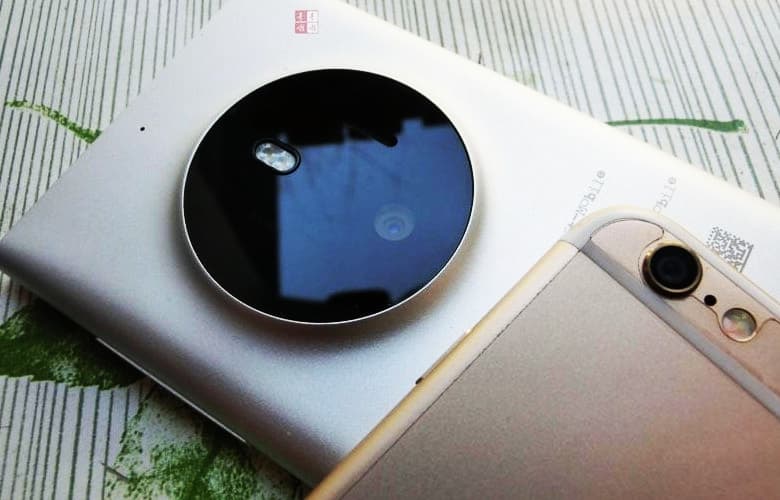 As you can see in the picture, the first thing to catch our attention is Nokia McLaren big, rounded, protrusive camera module. Such camera has been so successful it is recognized by almost every user as a signature of a Nokia-Lumia smartphone. The whole handset looks classy and elegant in full metal body (seems like) and greyish color. Absolutely contrast to the iPhone next by, Nokia McLaren features squared corners and edges.

If you remember the Lumia 1020, you may recognize why this Nokia McLaren is supposed to be the successor of that Lumia 1020, clearly from the design. The Lumia 1020 looks very similar in shape, with identical camera module, but in Lumia’s signature bright yellow color. Hmm, to be very fair, many many users all around the world used to (and are still) big fans of this design, don’t you agree with me?

Although the Nokia McLaren had been cancelled by Microsoft, I personally, and many Nokia fans are hoping this concept, once made by the company, will be brought to real life also by them in their Nokia 2016 comeback (which is confirmed by the company)! I am excited to know how awesome those pictures taken by 50MP camera can be!