You know Nokia E7 and you also know Nokia E1 which is an important part of Nokia comeback. They seem belong to the same E series but there are some great differences between them. Check them out, now! 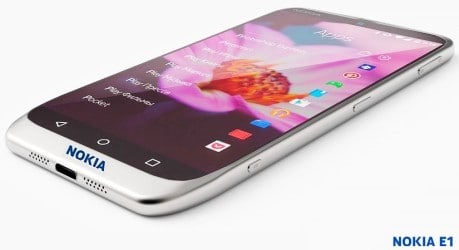 Actually E7 and E1 are somewhat similar in the look with curved corners. However, E7 has a full QWERTY keyboard under the screen which you have to slide if wanting to use the keyboard. As a result, E7 is surely thicker than E1. In general, in case of preferring something more “manly”, E7 is perfect, yet it should be more elegant, E1 is the number one.

About the specs, firstly, no doubt that they do not feature the same operating system. Nokia E1 is likely to go with Android 5.0 Lollipop OS and Nokia Z Launcher while Nokia E7 obviously comes with Symbian 3 (upgradable to Nokia Belle OS). As for the display, the difference is also noticeable. E7 has a 4.0-inch 360 x 640 pixels screen and E1 a 4.95-inch Full HD IPS one. It shows they both are truly smartphones; you can put them in your pocket easily but the resolution of E1 is much better.

In terms of chipset, being powered by a 2.3GHz Intel 64-bit Atom chip paired with PowerVR G6430 graphics makes Nokia E1 stronger than Nokia E7’s processor (including 680 MHz ARM 11 and Broadcom BCM2727). Besides, some other Nokia E1 specs are 2GB of RAM, 32GB of internal storage, a 2700 mAh battery, a 20MP rear and 5MP front-facing shooter. Meanwhile, Nokia E7 specs offer an 8MP cam with a dual LED flash, a 1,200mAh battery, 16GB ROM and 256MB RAM. Needless to say, E1 is the best if we consider this a battle. Nonetheless, at the end of the day, we would like to see them as a predecessor and a successor. And it is so great to see the latter is the better. 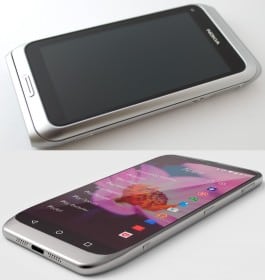 One was running on Symbian OS and the other is going to run on Android OS.

Well, those are some main points of Nokia E1 vs Nokia E7 we want to look at. What do you think? Share with us your opinion!