Leagoo Shark 1 is a battery beast with 6300 mAH

Leagoo Shark 1 seems a strange, fierce name, and what it brings us is also excellent. Check out this new smartphone to see if it is strong enough to compete with others… 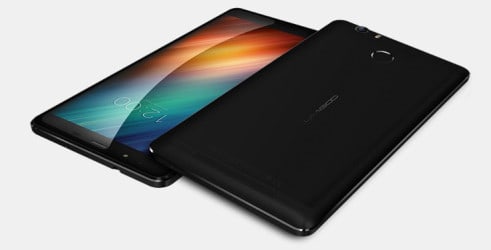 Before digging deeper into what Leagoo Shark 1 offers users, let’s talk about its appearance first. It looks pretty trendy and modern when coming with a metal and plastic material design. On the back, there are a camera plus a dual-tone LED flash placed at the machine’s upper left corner, and a fingerprint scanner plus the firm’s logo in middle of the panel. On the front, there are a big screen, a selfie shooter and a LED flash at the top. Though, you would find no physical home button.

Spec-wise, Leagoo Shark 1 specs are strong enough to make it a great flagship on the shelves this year. Basically, the Shark 1 sports a large 6.0-inch Full HD display, a 64-bit 1.3GHz octa-core processor, 16GB of internal storage (expandable up to 64GB) paired with 3GB of RAM. As for taking photos, the device gives you a good combo of 13MP main and 5MP front-facing snapper to capture whatever you like. Besides, it also supports 4G LTE, a dual SIM, and Leagoo OS 1.2 based on Android 5.1 Lollipop. 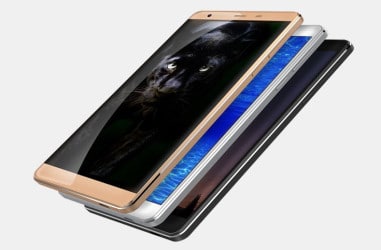 Well, the last thing we want to mention is also the best highlight of Leagoo Shark 1 – its whopping 6,300mAh battery. This cell will provide 72 hours of normal use and 770 hours on standby after one charge only. Furthermore, it can be fully charged very fast thanks to LGQC 3.0 tech and even act as a power bank. Wow! What an awesome battery smartphone, rite?!

Quite much information about the handset has been revealed but there is still no word made for Leagoo Shark 1 release date as well as Leagoo Shark 1 price. Though, according to what we know, it is anticipated to debut officially in the Q1 of 2016 and cost no more than $200. What do you think? Is it a good tag for a shark?