Lenovo Vibe P1 Turbo comes with more advanced hardware compared to its elder bro Lenovo Vibe P1. Check out what it’s got and how much it costs…

Of course, you would immediately realize that Turbo is a new variant of the battery beast Lenovo Vibe P1, launched in September 2015. And just like what we usually expect, the new comer is equipped with upgraded hardware. Though, maybe the look is still the same (a physical home button including fingerprint sensor on the front, super slim screen bezels, a big camera on the back, etc.) which is totally acceptable, rite?!

That is about the design. In terms of Lenovo Vibe P1 Turbo specs, it packs better 3GB of RAM while other strong features are also retained. Specifically, Turbo sports a huge 5,000mAh battery which is claimed to be able to offer up to 45 hours of talktime and 30 days on standby mode by the company. Furthermore, the handset packs Quick Charge 2.0 (60% in 30 minutes) and can be used as a power bank to charge other devices via USB OTG. 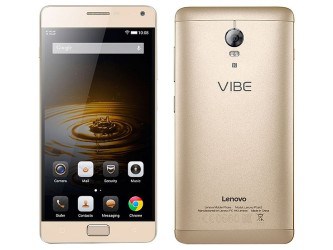 Additionally, the P1 Turbo also has 32GB ROM (+128GB), a 5.5-inch Full HD screen, a Snapdragon 615 chip, Android 5.1 Lollipop OS, a dual SIM, and a 5MP secondary. Nonetheless, official information about its main shooter is not sure for now since some sources state that it is capable of 13 megapixels while some others say 16MP with tri-color flash.

In general, Lenovo Vibe P1 Turbo is a pretty powerful smartphone, especially its battery life. As for Lenovo Vibe P1 Turbo price, it is available for pre-order at 3,999,000 IDR (or around $295) now. But, there has been no word made for the Turbo’s international presence. So, let’s wait for the firm’s announcement.