iPhone 7 to have a 2nd speaker instead of headphone jack

Apple iPhone 7 and a second speaker instead of a headphone jack? What do you think about the idea? Well, that is an interesting idea but will it be useful?

Apple iPhone 7 is expected to come with strong, unique, even strange features to make it stand out from not only the previous models but also other flagships such as Samsung Galaxy S7, HTC One M10, LG G5, etc. As a result, many people have thought of an iPhone 7 equipped with a physical keyboard like BlackBerry, a bezel-less design, a dual camera, etc. And this time, we spot a Seven with a extra speaker instead of a headphone jack. How does it sound?

Specifically speaking, some analysts predict that the usually seen 3.5 mm headphone jack will no longer exist when technology is so developed like nowadays. In this iPhone 7‘s case, it will also be removed and replaced by a second speaker (besides the main one) to improve the handset’s sound quality and save more space. Furthermore, according to analysts Blayne Curtis and Christopher Hemmelgarn, this feature will be provided by Cirrus Logic. 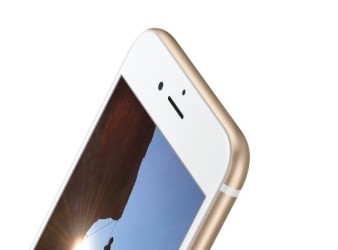 Solution for this change is…

If the above iPhone 7 is coming to life, some people suggest that Apple must also be preparing a Bluetooth solution, similar to Bragi Dash headphones. The headphones would be wireless and the two separate pods would need regularly charging. What’s you opinion on this solution in particular and the whole iPhone 7 in general? Share with us!