It’s been a while since the Huawei Honor 7 launch. It is already a good smartphone in general but now it may get even better when a new version of Honor 7 is coming with Android 6.0 out of the box… 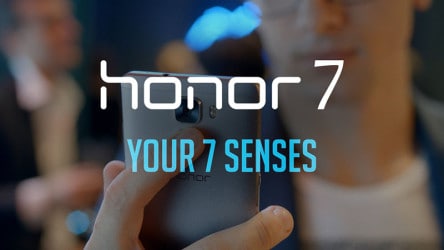 Newer and stronger Huawei Honor 7 with Android 6.0 and…

According to fonearena.com, Huawei held an event on December 12, 2015 and introduced an upgraded version of Huawei Honor 7. Specifically, the Honor 7 Enhanced Edition is equipped with Android 6.0 Marshmallow out of the box, Huawei EMUI 4.0 skin on top, more internal storage (32GB instead of 16GB on the original Honor 7), a smart key as a shortcut to various functions, and a voice-activated virtual assistant produced by Baidu and Huawei.

Wow, those are fantastic features for a smartphone. Apart from them, other Huawei Honor 7 Enhanced Edition specs are remained such as a 5.2-inch Full HD screen, a Kirin 935 octa-core 2.2GHz chipset paired with Mali-T628 GPU, 3GB of RAM, a fingerprint scanner, a microSD card slot to expand the ROM up to 128GB, and a 3,100mAh battery to power the whole machine. 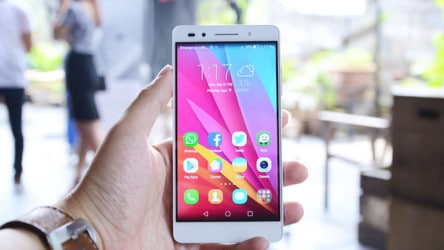 As for the camera, the main one is capable of 20 megapixels with Sony IMX230 sensor, f/2.0 and a dual LED flash. In addition, the front-facing shooter comes with 8 megapixels plus f/2.0, BSI sensor and LED flash to assist you in taking beautiful selfies.

It goes on sale with a gold color option and a price tag of $309 in China now. In our opinion, this is a reasonable price for what the new Honor 7 can offer us. Besides, the original Huawei Honor 7 price has been reduced by $31 to cost just $278. Well, what do you think?