List of Lenovo smartphones to get Android 6.0 Marshmallow next year

Well, it has been a while since the Android 6.0 Marshmallow launch date in August, 2015. Many phones are being prepared to get an update of this new OS. How about Lenovo smartphones? 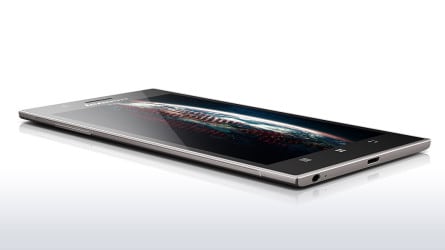 Recently, a Chinese Weibo user has posted some leaked screenshots from a Lenovo group meeting online. The special thing is that there was a screenshot showing a list of Lenovo devices to receive Android 6.0 Marshmallow OS update and it immediately attracted a lot of people, especially those who are using a Lenovo handset. So, check it out now to see what the devices are and perhaps your machine is one of them!

Looking at the picture, we notice that the earliest phones to run on Android 6.0 OS are Lenovo K3 Note (which is one of the most popular items of the company), Lenovo Vibe X3 and Lenovo Vibe P1 (which are two of the latest ones). In addition, we are informed that they will be updated in March, 2016. Then, in April, 2016, we will have different variants of the Lenovo K3 Note and the international version of Lenovo A7000. 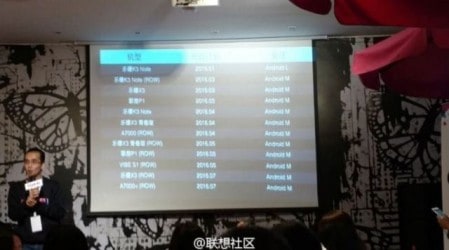 Have Lenovo confirmed yet?

Anyhow, please keep in mind that the leak was found on a Weibo post without any official confirmation from Lenovo. As a result, we’d better take the list with a pinch of salt and hope the manufacturer will announce the most correct list with even more smartphones in the near future. Let’s wait and see!