Xiaomi drone to compete with professional drone in the future

Xiaomi seems to not only focus on the affordable smartphone area but also others like drone. They are considering producing a drone at a budget friendly cost… 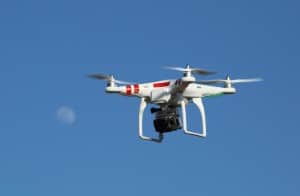 So far, Xiaomi has not officially announced their plans of entering the drone industry, yet the above secret was revealed by many people working in this field. At CES Asia held in Shanghai, much information was reported by South China Morning Post that Xiaomi had been testing their first drone in early 2015 and Xiaomi was likely to release one with a reasonable price tag in this summer. In addition, the product would compete directly with those of the technology company DJI.

However, besides some smartphones, we did not see anything like a Xiaomi drone to be released. So, if the source was right, it is probably that this Chinese giant will have an event to introduce the drone at the end of 2015 or in early 2016. Though, there has been no confirmation made by the manufacturer officially.

Analyzing the situation, Xiaomi is said to be worth 50 billion dollars and one of the fastest growing start-ups in China. Meanwhile, DJI is just accounting for 70% of the global drone market and worth 10 billion dollars. As a result, Xiaomi will have many advantages in the competition DJI.

Price will be the most important strategy of the firm. Therefore, prediction is that Xiaomi drone price will be much less than that of DJI. Now the lastest model drone from DJI is Phantom 3, launched in April and priced at 1,200 dollars (about RM5,100).

In conclusion, it is quite easy to understand why Xiaomi wants to join the drone market since peoples’s demands for it are increasing because some traditional technologies of recording and taking photos cannot help satisfy people nowadays. Moreover, drone is equipped with many interesting useful apps related to military, agriculture, real estate, archeology. etc. Then, perhaps we will be informed a Xiaomi drone in the near future.