Why are Apple phones price higher than Samsung on average?

Today, we will tell you the reason why Apple phones selling price is higher than Samsung handset on average at $465. Read the full article to find out… 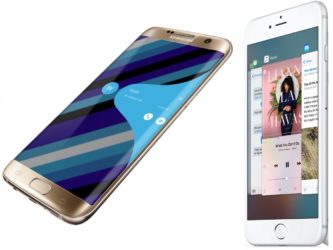 On May 5th, 2017, according to the newest report from Strategy Analytics, it showed that Samsung handsets and Apple phones have a big gap at the selling price. In the fourth quarter of 2016, the difference between Samsung and Apple devices’ prices increased up to $400. However, the Samsung Galaxy S8 series are not included in the survey as it was launched in the second quarter of this year.

In the October and December period, the average price of Apple LTE mobiles was tagged by $692, while Samsung LTE devices started from $227. Moreover, during this time, Apple iPhone 7 was successfully released although Samsung Galaxy Note 7 solved the problem of explosion battery. “The widening gap between the two handset makers is not temporary and it is likely to further rise,” the SA report said. 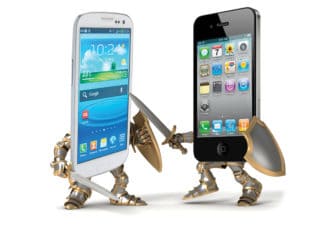 Apple has concentrated on superior smartphones and the company has kept an average selling price of roughly $600 in 2012. Now, Apple latest device price is tagged by closely $700. Talking about Samsung selling price, they offer lower average price which starts from $438 in 2012. Until now, the Korean manufacturer has reduced the price to around $200. Samsung focused on increasing the budget handsets market more. For instance, the Galaxy A, Galaxy J and Galaxy C series price are about $143 (RM 617).

Why are Apple phones selling price higher than Samsung on average?

Hence, Apple phones selling price are higher than Samsung mobiles on average as their variant sales strategies. Like mentioned above, Apple has focused on developing their premium products while Samsung concentrated on expanding their budget phones market. So, which device do you like more? Is it Apple or Samsung handset?