Sony is one of the most famous and biggest smartphone manufacturers in the world. Therefore, their new products usually draw much attention from people. Moreover, Sony phone concepts are also welcome. So, today, we would like to bring you something like that which is called Sony Xperia S5. 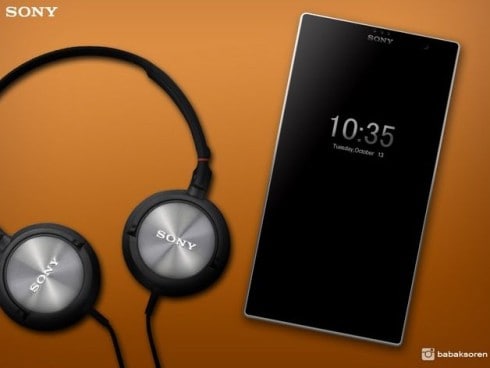 At first sight, we are impressed with its design made by a designer named Babak Soren. Actually, he has not been very happy with the current Sony Xperia Z5 line-up, so he decided to create his own flagship smartphone Sony Xperia S5 instead of Z5 😀 . Looking at the pictures, we are quite impressed with these tribal models as well as its user interface.

In terms of Sony Xperia S5 specs, the handset is said to have a 5.5-inch OLED screen (but the resolution is not mentioned) and an e-paper one (which can help save a lot of power), which means that S5 owns a dual display like YotaPhone. The whole machine is powered by a MediaTek Helio X20 processor (instead of Snapdragon 810 chip used in the real Sony Xperia Z5 perhaps to avoid the heating issue) and 4 GB of RAM.

As for the camera, it features a 21MP rear shooter with IMX230 sensor, but we cannot find any information related to the selfie snapper. Hope that it is capable of 5-8 megapixels to make S5 a great device for selfie lovers. In addition, there are a 3,700mAh battery on-board and even a stylus as well. That could be inspired by Samsung Galaxy Note series! Yet, do you like it to have such a tool to come along?

Well, those are the main details about the concept Sony Xperia S5. As a result, its price is unknown also. Though, can you give Sony any suggestion for Sony Xperia S5 price? Just in case they want to adopt this idea 🙂 .