Nokia 701 is a Revamped Symbian Phone, Now With Windows Phone on Board

These days, we usually talk about how a Nokia smartphone can be like when running on Android operating system. But, how about other OSes? Maybe Windows one for example. Not a bad idea, right?! So, let’s talk about it yet more specifically: Nokia 701 running on Windows OS but with Revamped Symbian design. 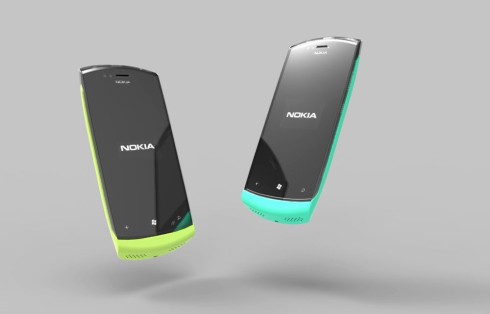 Lately, we have been able to spot some news related to a Nokia smartphone concept called Nokia 701, designed by a designer named James Wood from London. Actually, he refreshed Nokia 700 Symbian phone and turned it into the Nokia 701 running Windows Phone. Interestingly, the idea is to combine the unique design of Nokia 700 and Windows Phone OS into a whole new machine, looking newer and more harmonious while some design traits of the original unit are still kept.

As for the Nokia 701 design, there is a metal frame together with a polycarbonate body. The handset’s top and bottom are rounded plus and the trademark Windows Phone buttons are placed on the front surface. According to the source, the designer made the Nokia 701 concept in SolidWorks and Keyshot and chose to put its speakers at the bottom of the device. Probably the the back side contains a removable case.

Some Nokia 701 specs are likely to include a quad-core lower end CPU, 1 GB of RAM, 8 or 16 GB of internal storage (not knowing if it can be expanded or not) and a 5 MP camera. If so, its specifications are not really attractive, huh? As a result, the price has to be the main selling key. However, there is no detail for that! Or on the contrary, in case of being able to make it come true, Nokia should put some things like 2 GB RAM, 5 MP front, 13 MP rear shooter, etc. in and Nokia 701 will be a good deal 😀 .

In conclusion, for those who still like Windows phones, Nokia 701 with the Nokia 700 Revamped Symbian design and Windows OS can be your friend!