Samsung is going to launch Samsung Galaxy J7 2017 handset in the upcoming June. The new device comes with Dual 16MP camera, 5.5-inches screen, and more. Let’s have a look. 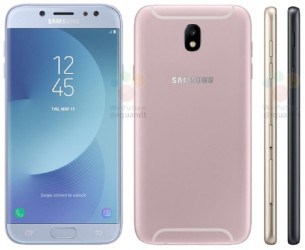 Samsung Galaxy J7 (2017) comes with the different appearance in comparison with its predecessor. The phone becomes a new competitor in mid-range smartphones. Primarily, instead of equipping metal frame, the Korean manufacturer designs solid metal with rounded angles on this device. Furthermore, Samsung Galaxy J7 2017 handset specs contain a 5.5-inches Super AMOLED display with 1280×720 pixels. The J series seems to own the same size of the screen.

Samsung Galaxy J7 2017 handset cameras pack a Dual 16 MP on the rear and 5MP on the front for the selfie. The new mobile runs on Exynos 7870 Octa and Mali-T830MP2. The phone sports 3GB RAM and 16GB of storage. The storage can be expanded up to 256GB via microSD. The device works on Android 7.1. The battery capacity draws non-removable 3600 mAh. Meanwhile, its predecessor offers 3300mAh battery. The smartphone has many different features compare with Samsung Galaxy J7. 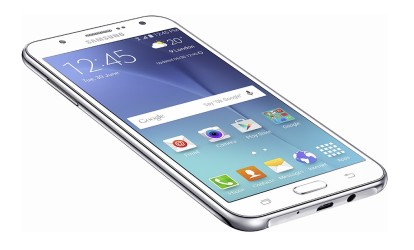 Samsung Galaxy J series is fantastic with eye-catching design and low-end price. Besides the premium products, the Galaxy J series is also one of the suitable choices for Samsung fans. The high spots of this new handset are a Dual camera, battery capacity and more. Samsung Galaxy J7 2017 handset brings quite many specs, with the new design. This new phone promises to get more successes. To inclusion, we talk about the price and release day. Let’s see.

We have no confirmed information about Samsung Galaxy J7 2017 handset price. However, we expect that the new device is around $279 or RM. 1199. We hope that the new handset launches in June this year. What do you think of this Samsung new mobile? Do you think it is worth waiting and buying? Tell us about your idea.