The fact has been noticed that, many among us smartphone users are gamers and heavy gamers. That explains why we can find many mobile devices dedicated to run on game with hefty graphic figures. (Check out our Top smartphones for heavy gaming list)

In this article, I will give a bit more insights about 2 of the most talk-about gaming smartphones. You can say their names right now: Nokia Play VS Acer Predator 6 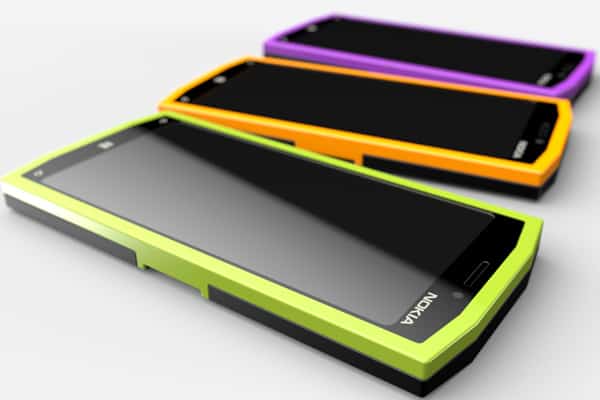 Nokia Play, or Nokia Lumia Play, is a smartphone concept by designer Antonio Celestino, powered by Microsoft XBOX technology. It is actually  a gamepad with an XBOX 360 console, and a smartphone under the same hood.

Acer Predator 6, on the other hand, looks more like a smartphone with a unique rubik design. The smartphone does not run any special program or powered by any gaming technology. However, targeted for heavy gamers, the Acer Predator 6 features powerful specs of best fit their needs and help the device run smoothly.

Nokia Play VS Acer Predator 6: under the hood

Nokia Play specs include a quad-core CPU, 2GB of RAM with 32GB ROM (expandable up to 64GB with a microSD card, large enough to store all the games you would like to). Nokia Play display comes in HD resolution and Gorilla Glass for protection. The Nokia smartphone + XBOX 360 hybrid has a 10MP /5MP pair of cameras. Also, as a signature of Nokia-Lumia smartphones, the Nokia Play has 5 different color options for you to choose.

Acer Predator 6 specs are powerful enough to easily impress anyone: 4GB RAM (well although 6GB RAM smartphones are coming 2016 but for now, 4GB smartphones are still the kings), 10 core processor (to maximize the device’s smooth performance on heavy games) and whooping 10,000 mAH battery (you don’t want to charge in the middle of your intense battle, right?) Nokia Play VS Acer Predator 6: contribution of the brands

It is quite obvious that Nokia Lumia Play specs are not as preferable as those of Acer Predator 6. However, it doesn’t necessarily mean that the Nokia Lumia Play will sell less well than its counterpart. The brand names, no matter what the reasons are, do contribute considerably to customers’ decision.

Acer is no doubt a familiar smartphone producers in our market. However, aside from this outstanding Predator 6, Acer barely has any other beasts that are remembered. On the other hand, Nokia has always been the smartphone Giants with numerous signature mobile devices. With their Nokia comeback 2016, Nokia will surely receive a lot more attention. And so will their future flagships!