Meizu MX6 is really coming, aiming at the flagship Xiaomi Mi5 and Samsung Galaxy S7. How does it look and what does it have to do that? Check out Meizu MX6 specs now! 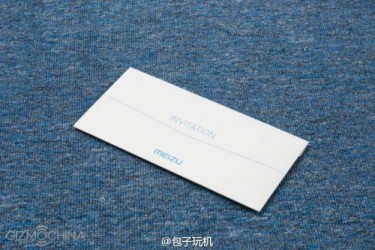 So, we guess it is official now when Meizu has just sent out invites to their Meizu MX6 launch, planned to occur in the Q1 of 2016. Yes, it is a successor to the flagship Huawei MX5, released in July 2015, and receiving much expectation to compete well with other big companies such as Xiaomi, OnePlus, Huawei, etc. Design-wise, the handset will be likely to come with a super premium appearance, using metal and glass and slim bezels.

Spec-wise, recently, this Meizu’s product has been spotted on AnTuTu benchmark, revealing some details of Meizu MX6 specs. Speaking specifically, there will be a MediaTek Helio X20 10-core processor paired with Mali-T880 MP4 GPU, a Full HD screen (however, we have no idea how big it is), and two choices over RAM and ROM capacity: 4GB + 64GB and 3GB + 32GB. Besides, the whole machine will be run by a huge 4,000mAh battery and FlymeUI based on Android 6.0 Marshmallow OS.

In terms of camera, the main shooter will be capable of 20.7 megapixels, and the secondary one is also awesome with 8 megapixels. Well, it is easy to recognize that Meizu MX6 sports a lot of top features and no doubt it is an excellent rival to those going to debut in early 2016 like Samsung Galaxy S7, Xiaomi Mi5, etc.

Meizu will hold an event in March 2016 to announce their devices, including Meizu MX6. Though, the exact Meizu MX6 release date as well as its price is still unknown, yet according many people, the phone should be affordable, say, around $350, in order to draw more attention. Hopefully, more information will be out in the next weeks. Let’s wait and see!