In response to Avengers-themed versions of the new Samsung Galaxy S6 Edge, Samsung just mentions that it is still considering choices. The phones will be offered in limited edition alternate and the company will sell matching cases together with the device to boost sales. 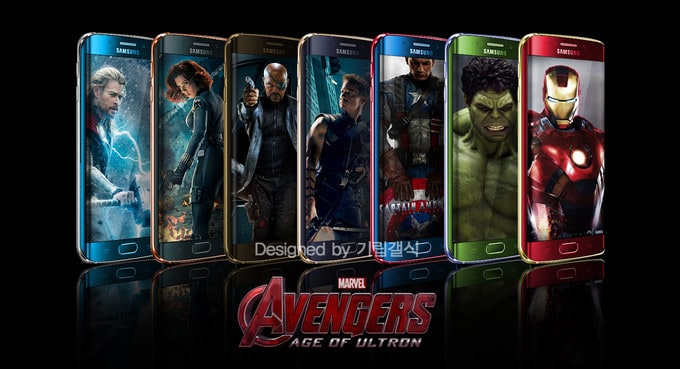 This is not the first time this giant Korean corporation, Samsung and Marvel cojoin in a project. Samsung had its products appear in the Marvel’s Avengers: Age of Utron trailer before and announced to work on Samsung S Pen Penvatars – Avengers-themed avatars for the Samsung Galaxy Note line. So, if Samsung is going to make a line of phones based on Marvel’s heroes, it is as plain as day. However, appointing a high-end product like the Samsung Galaxy S6 Edge to this circumstance may rebound. This may be the reason why Samsung is still procrastinating to make the final decision.

Check out the Avengers concept below!!

The Captain America concept look the most gorgeous to us. What do you think? Which one do you prefer?