The market for 360-degree camera has been booming for a while, and there are many products available in the market. Elephone has also decided to join in the competition with their own product, the Elephone EleCam 360. Today, we will give you a hands-on review for this Elephone camera. We would like to thank Gearbest.com for lending us this product. 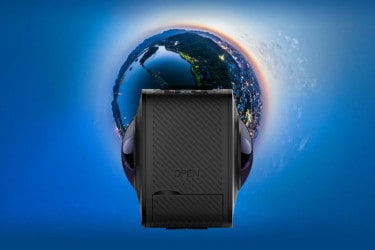 First off, let’s look at the specs of this EleCam 360! Here are the full specs:

Those are some pretty good specs for a small 360 camera! Now let’s move on to the first part of this hands-on review: the unboxing!

First, the package of this camera is quite nice. The packing looks very professional, and gives off a very sturdy feel. Inside the package, we have the camera itself in a separate box, and other accessories in another. Accessories include: 1 x Bicycle Mount, 1 x Helmet Mount, 1 x 1/4 inch Adapter, 1 x USB Cable. Below are some of the unboxing pictures.

With all these accessories, it’s quite clear what the manufacturer wants users to do: use the camera in action! It’s very nice of Elephone to have given these nifty accessories. The camera itself gives off a sturdy feel, as soon as we took hold of it.

Setting up the camera for use was quite simple. Of course, you need to download the companion app to use this camera on your smartphone, available on both Android and iOS. Then just go with the instruction to set up. For this review, the setup is on iPhone 6. Setup was easy and fast. To open the camera, you need to press the “Power” button for 3 seconds, until the camera itself gives a “beep” sound, and the LCD screen will light up.. Then, to pair with your phone, press the “Wifi” button to create a network for the phone to pair with. The Wifi is not always accessible, and that is one aspect that could be improved. 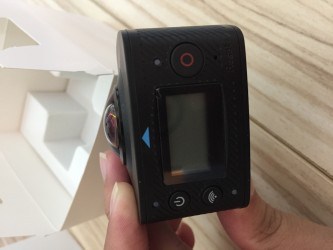 Also, every time you turn off the camera, and turn on again, you need pair the phone with the camera manually again. It is quite inconvenient that way. However, once you got the phone and the EleCam 360 paired, using the app to take pictures is quite simple. There will be a little bit of lag, but it is to be expected. You are pressing the shutter key on your phone, and not on the actual camera, after all. By using the app, you can take pictures using your phone, and transfer them to the phone as well. There are also options for you to use the camera with a VR device such as Gear VR or Cardboard. Again, quite nifty for the price.

In the app viewscreen, you can see the “tinyplanet” view. You can zoom in, scroll to look around the camera’s view. There is also the option to change the white balance, format the microSD card, and change the camera’s Wifi password. So there’s not much in the settings here.

Battery wise, the manufacturer claimed that this camera can last up to one hour of continuous use. We were a bit skeptical at first, but it seems the camera can hold up that long. Like we mentioned earlier, on the camera, there is also a LCD screen on top. It will show you some status information, such as on/off status, Wifi, and the remaining storage of microSD card (in any mode you’re in). Very standard display.

Both the cameras on the EleCam 360 are only 4MP, which means that we will not get out-of-this-world picture and video quality. But that is alright, because that is not what the device aims for, and also because of the price tag. Having said that, the pictures and videos that we took with this camera are not of low quality actually. You can still see in some photos that the stitching areas look a little off, or there are noises where there are strong source of light. But other than that it is a nice camera. It can takes decent photos in normal light conditions, and the triple LED flash certainly helps in low light conditions. It also captures moving videos quite well too. Nothing like the expert and expensive VR cameras used in studios, but for casual photography, this will definitely be enough.

Below is some photos taken with the EleCam 360, and those photos after being processed (click on the picture to go to the processed version). There is also a sample video. 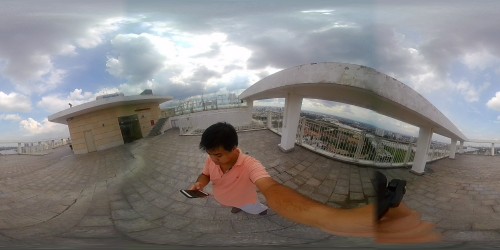 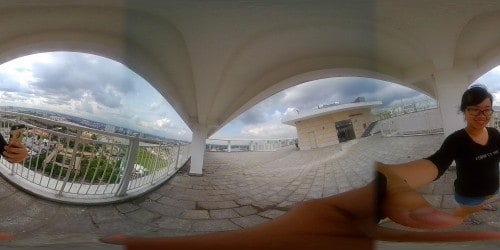 Overall, this is a good camera. Can it be better? It definitely can be better! However, what makes the EleCam 360 stand out is the price, and the corresponding value. For just less than $150, you have the camera and all accompanying accessories, which is not a common practice for other 360 camera manufacturers. Usually, you have to buy these accessories as extras. EleCam 360 offers some good accessories as we mentioned before. For that, this camera is a very attractive option. Although it will definitely not be enough if you want to take 360-degree pictures and videos professionally, it will be more than enough for first-timers and casual photographers.

Once again, we would like to express our gratitude to gearbest.com for lending us this product. You can purchase the product here. It is definitely worth the money, and you will not be disappointed.