BEST devices containing no. “5” got compared: Lumia 950 vs Nexus 5X vs Xperia Z5

It is easily to recognize this second half of the year has seen many strong new flagships, but today, we will only look at three ones that contain number “5” in their names: Microsoft Lumia 950, Google Nexus 5X and Sony Xperia Z5. 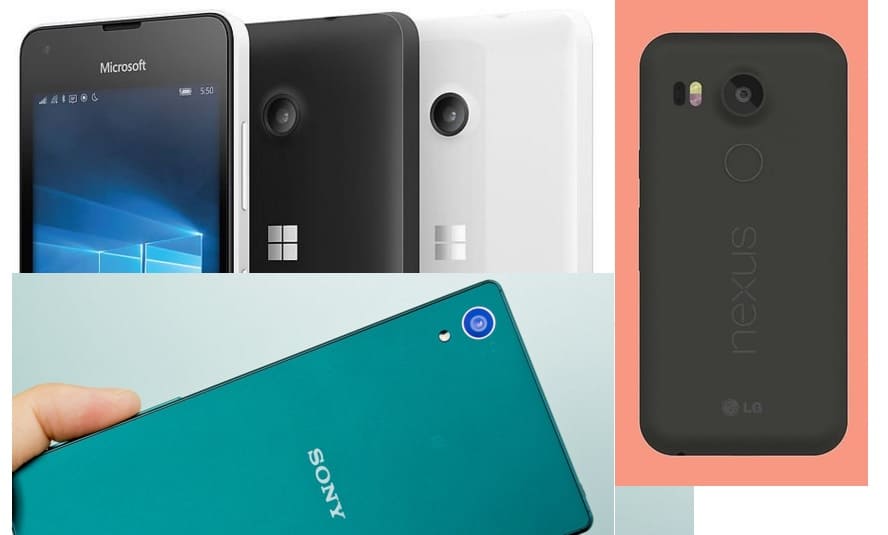 So, they all come from big mobile manufacturers in the world and have been drawing a lot of attention from people recently. Speaking more specifically, Microsoft Lumia 950 seems to be the youngest when just announced on October 6, 2015 along with its sibling Microsoft Lumia 950XL. Then, we have Google Nexus 5X launch happening not long before the Lumia 950, September 29, 2015 to be exactly, and Sony Xperia Z5 to be the elder, introduced at IFA 2015 on September 2, 2015. Though, all of them are three of the latest smartphones on the market now, beautiful and powerful!

Microsoft Lumia 950 vs Google Nexus 5X vs Sony Xperia Z5: Which one wins the specs battle?

Despite being the newbies in their own houses, these phones sport most TOP specifications nowadays. According to Microsoft, Lumia 950 and Lumia 950XL are probably “the most productive phones you’ve ever picked up.” Well, we wonder if it is still so once compared with other flagship phones like Nexus 5X and Xperia Z5.

In order to give you a fuller view on how the Lumia 950 can be in such an interesting comparison. Here is a table of detailed Microsoft Lumia 950 specs put next to Google Nexus 5X specs and Sony Xperia Z5 specs:

So in the list, we have for you all smartphone-size devices (5.2-inch display), and there is 2 Android smartphones and 1 Windows phone. Then, what do you think about the Lumia 950 when sitting next to the other flagships? Is it persuasive enough for you as well as other people to buy? Tell us your choice 😉 !