ASUS ZenFone 3 and Nokia E1 are going to be two awesome budget handset this year with super cool specs for surprisingly affordable price tags. As a result, we now put them in a comparison… 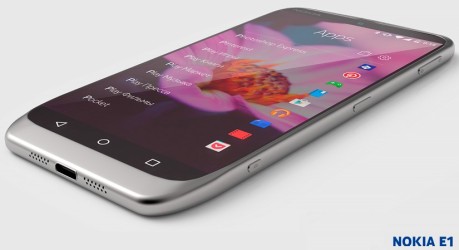 Though they have not been launched yet, both Nokia E1 and ASUS ZenFone 3 are drawing a lot of people’s attention for what they’ve got in spite of their affordable prices. Nokia E1 has been said to come with a handy 4.9-inch Full HD display, 2GB of RAM, Android 6.0 Marshmallow OS and more amazingly, a 20MP Pureview rear camera! Meanwhile, not long ago, ASUS ZenFone 3 was spotted on GFXBench with 2 model IDs: Z010DD and Z012D, which are all bigger than the E1.

Overall, obviously ASUS ZenFone 3 specs are better than Nokia E1 specs. Yet, when it comes to really choosing the final winner, we cannot tell exactly as both of them are from top brands in our market nowadays. Nokia E1 will sell extremely well due to being remarkably beautiful and one of the first Nokia Android devices in their comeback 2016. ASUS ZenFone 3, on the other hand, will make people remember it as a great budget, powerful machine.

ASUS ZenFone 3 VS Nokia E1: Which is better in terms of price?

So, in order to help you pick out the champion more easily, we would like to provide you with Nokia E1 price and ASUS ZenFone 3 price to compare. Accordingly, the E1 will be priced at around $250 while the Zen 3 is also expected to cost no more than $250. Well, what do you think? Nokia E1 or ASUS ZenFone 3?