During the past months, Acer has been drawing much attention when investing greatly in products aiming at gamers, and it seems they have made it somewhat thanks to their latest series of Predator. So, if you like playing games as well as any device of the Predator family, this is good news for you. Acer Predator 8 is finally going on sale. Let’s check out Acer Predator 8 price and specs! 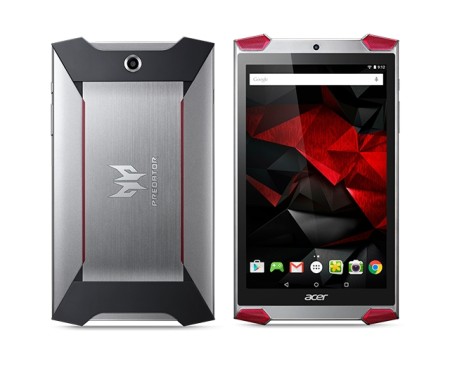 As we know Acer Predator 8 is a new gaming-centric tablet announced in September, 2015. It has a special design that will completely make it stand out among other tablets. We can easily notice that the main standout elements of the Predator 8 are its 4 red front-facing speakers with surround sound.

Besides, other Acer Predator 8 specs include a quad-core Intel Atom Z8700 1.6GHz proccesor with Turbo Boost up to 2.4 GHz and an 8-inch 1920 x 1200 pixels IPS display. As for the OS, it is said to run on Android Lollipop yet we hope an update to Android 6.0 Marshmallow will be available soon. In addition, there are a combo of a 2MP front-facing and a 5MP rear camera, 2GB RAM, 32GB of expandable storage, Wi-Fi support (unfortunately, 3G/LTE is not mentioned) and a 4,550mAh battery to be on-board. The tablet is also equipped with an interesting feature called Predator MediaMaster, which allow users to customize their video and audio settings for better gaming and multimedia experience. 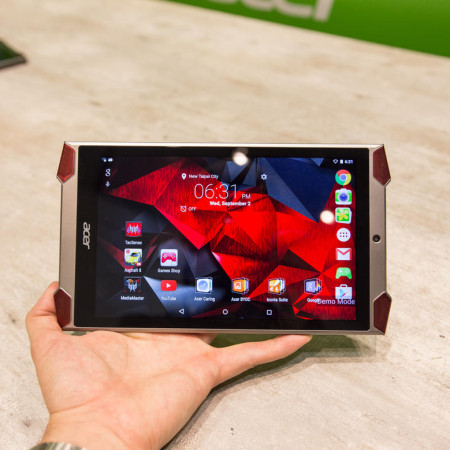 According to some news sources, Acer Predator 8 can be pre-ordered now in the U.S directly through either Acer or Newegg, and the shipment will start from November 13, 2015. In terms of price tag, Acer Predator 8 costs $299.99 (about RM1,310). That is quite an attractive price for such a good-looking and powerful machine like Predator 8. Don’t you think?

Well, we are glad that Acer Predator 8 is officially available for consumers to buy and hopefully the next one will be Acer Predator 6!