Xiaomi Mi5 and Samsung Galaxy S7 were launched in the last week of February and able to draw a lot of people’s attention. However, which one is better in the end? Check out the following comparison and you find the real champion! 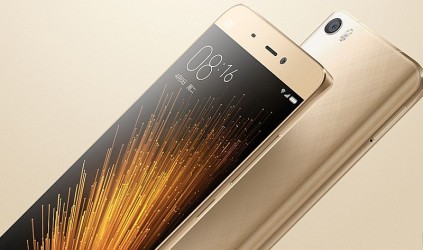 They are all flagships of their companies, so no doubt they are equipped with gorgeous and premium designs. As a result, we would like to skip this part and dig deep into their excellent specifications. First of all, let’s see what Galaxy S7 (SD820 version) and Mi5 (the best variant) have in common. Obviously, these handsets are powerful 4GB RAM smartphones, sporting Quacomm Snapdragon 820 chips paired with Adreno 530 GPUs, 3,000mAh batteries, dual SIMs, fingerprint sensors built in their physical home buttons, and Android 6.0 Marshmallow OS (with different UIs on top, though).

As for differences, there are some significant points you need to know. Samsung Galaxy S7 specs include a 5.1-inch Super AMOLED Quad HD screen with special always-on display mode, 32/64GB ROM (expandable up to 200GB, yet the additional memory cannot be used for apps or games), a combo of 12MP rear/5MP front camera, Quick Charge 2.0 tech (60% in 30 minutes), and IP68 rating for being dust and water resistant (over 1.5 meters and 30 minutes). Meanwhile, Xiaomi Mi5 specs contain a quite similar 5.15-inch screen size but with just IPS LCD Full HD display and no always-on mode. Besides, Mi5 also does not boast IP68 and microSD card slot to expand its internal storage and IP68. Well, at the moment you may think Xiaomi Mi5 has been totally defeated, but wait. Xiaomi Mi5 has what Galaxy S7 doesn’t have. 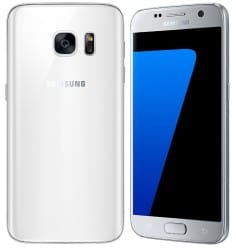 Specifically, Xiaomi’s beast’s got huge ROM capacity – 128GB for whatever app or game, a great 16MP main shooter, Quick Charge 3.0 (83% in 30 minutes), and a USD Type-C 1.0 port. Now, in your opinion, which one is better? Oh yes, before coming to the conclusion, we have to consider their prices as well. Check out the next part for more information.

At Xiaomi Mi5 launch, the 4GB RAM Xiaomi Mi5 price was announced to be 2,699 Yuan or $415. Nonetheless, the official Samsung Galaxy S7 price has not been revealed yet. According to many sources, its pre-order is expected to begin with about $780, much higher than the Mi5. So, we have to admit that Xiaomi Mi5 can be the better option since it has what most consumers want: affordable price, beautiful design and powerful hardware. Yet, how about your choice? Share with us!