February is like a month of flagships. We heard a lot about Samsung Galaxy S7, LG G5 and HTC One M10. Now, it is Xiaomi Mi5’s turn! Its specifications have been posted on GFXBench… 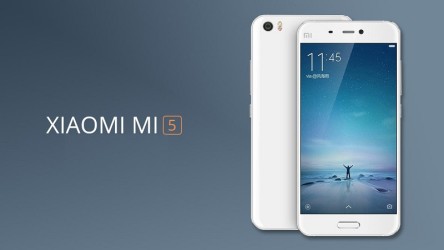 Previously, we always knew that Xiaomi Mi5 would sport the new, powerful Qualcomm Snapdragon 820 chip, 4GB of RAM, 32/64GB of internal storage, and a 16MP main camera. But, yes, that was before. Everything can change as time passes by, right?! Now, all of Xiaomi Mi5 specs have appeared on GFXBench and we are also a bit eager to look at it to see if there are any differences!

Accordingly, luckily Xiaomi Mi5 will still be equipped with a Snapdragon 820 paired with Adreno 530 GPU and a big 5.7-inch screen, yet supporting Full HD resolution, not the Quad HD we were always dreaming about. Even 4GB RAM will not be on board but 3GB RAM and there will only one option for the ROM capacity: 64GB. However, Android 6.0 Marshmallow is surely to run the handset, which makes us not so disappointed about the coming Xiaomi flagship.

Well, no words have been made for the cam, so there is still chance for the 16MP shooter. In general, those are excellent features for a smartphone; nonetheless, we have to admit that we were expecting more than them. Though, some sources said that there would be 2 versions of Mi5: Full HD + 3GB RAM and 2K + 4GB RAM. If so, the one on GFXBench is the first ver and the second will come later.

Again, we would like to remind you that Xiaomi Mi5 launch is getting closer, on February 24, 2016 to be specific. According to many sources, Xiaomi Mi5 price will be $440, but we guess it is for the high-end variant. For the Mi5 we know today, it may cost around $350. Do you agree? Share with us your opinions.