Samsung Galaxy S7 is around the corner. Moreover, a new interesting discovery of it has been told, promising to surprise you all. Check it out now! 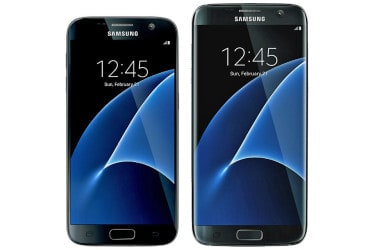 Samsung Galaxy S7 will last much longer than the S6!

According to recent news, Samsung will also make Samsung Galaxy S7 battery non-removable like its predecessor Samsung Galaxy S6. To be honest, a lot of people, including us, have been not very happy with the company’s decision. But, when the following latest piece of information came out, we thought it would not be so bad. Eldar Murtazin, a well-known Russian blogger in the leaksphere, claimed that Galaxy S7 was able to play about 17 hours of video with full brightness.

At first, we were pretty shocked to know since basing on what Samsung Galaxy S6 can do (around 5 hours of screen-on time for regular usage), it was hard to believe. Yet, nothing is impossible, right?! In this case, its battery is taken into consideration. Nonetheless, despite sporting a larger cell compared to the S6, it still seems not enough for Galaxy S7 to reach such longevity. So, perhaps there will be special software optimization or new battery tech on board to help do that.

On the other hand, some think it can be the 2nd-gen 14nm FinFET process in the chip Samsung is going to equip their flagship with, which sounds more… realistic. But, maybe it’s too soon to conclude anything. Let’s look forward to the groundbreaking innovations the manufacturer will be introducing to us at Samsung Galaxy S7 launch.

Not long ago, Samsung sent out media invitations and a brief trailer for their Unpacked Event, taking place at Mobile World Congress 2016 at 7 p.m. CET on February 21. The accompanying hashtag #TheNextGalaxy obviously hints at the duo Samsung Galaxy S7 and S7 edge while the clip looks to be new Samsung Gear VR. Wow, so excited to wait for them.