Xiaomi Arch is leaked for the first time – Could it be Xiaomi Mi5 ???

Recently, there has been a Xiaomi phone codenamed Xiaomi Arch spotted on the internet. Many people think that it can be the nickname they call Xiaomi Mi5 internally, like Microsoft calls Lumia 950 Talkman and Lumia 950XL Cityman.

The leaked photo was posted by a  Weibo user @KJuma not long ago. Looking at the picture, we see that Xiaomi Arch owns a curved front glass panel a bit similar to Samsung Galaxy S6 edge. On the other hand, some consider that it looks like Xiaomi Mi3 with an alloy chassis. 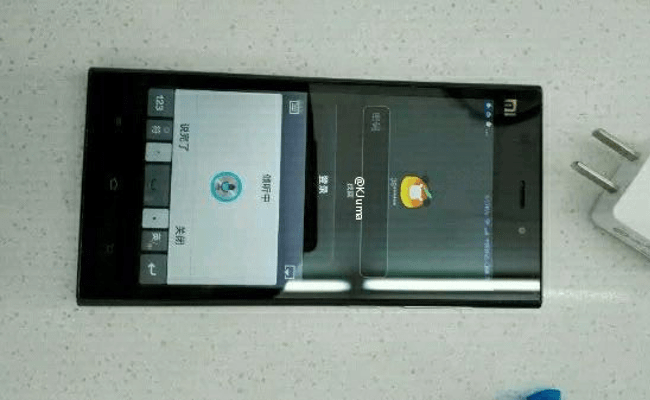 However, there is also a possibility that Xiaomi Arch would be a totally new phone which could mark a new chapter of Xiaomi edge series. If that really happened, what would you think about that new Xiaomi sub-range? A curved Xiaomi Mi5 also seems to be a good idea. It would bring new impression and feeling. Maybe, it is time for Xiaomi to do something different for their flagship phone.

On the contrary, some netizens do not think that the picture is of  a new Xiaomi device or the flagship Xiaomi Mi5. They are even sure that it has been photoshopped.

In conclusion, though the leaked photo is not officially confirmed by Xiaomi company, it is somehow interesting because now we have some ideas of how a Xiaomi edge may look like.