Windows phones: 4 reasons why they are still worth buying

Windows doesn’t seem as popular as Android in the current smartphone market. However, the OS from Microsoft still spots a stable position. Here are the 4 reasons why Windows phones are still worth buying! 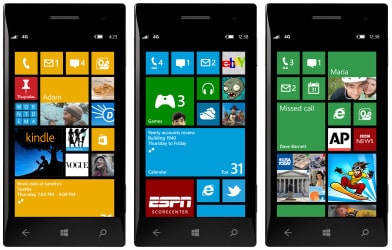 First, Windows phones come with a great performance. There is no denying that with the same RAM, the Windows phone performs smoother than the Android phone. Mostly, an Android device has to feature at least 2GB RAM to offer a seamless performance. Meanwhile, only with 1GB of RAM, a Windows phone can offer the same thing! Nokia Lumia 925 is a perfect example! You don’t need any system-boosting apps or any cached-cleaning extensions!

Second, Windows phones have a professional interface. If you are confused by different icons and gadgets in Android phones, Windows will be a perfect choice for you. Every apps and features in Windows phone come with the same design called “tile”. You may say that it’s boring to have the same interface over and over, but actually this Microsoft OS is flexible as well! There are countless color themes for you to choose or you can even set your favorite photo as the background of the tiles. The tiles in particular are also very abundant. There are many apps for you to design the tiles you want instead of using the default tiles. 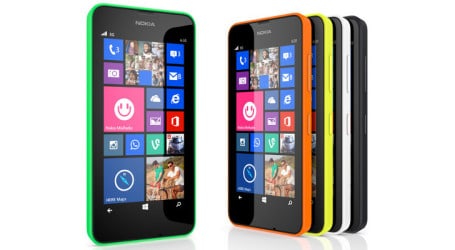 Third, Windows phones are very compatible with your PCs or laptops. Most PCs and laptops nowadays also run Windows . And that makes it easier to synchronize the files from your phone to your laptop, especially the documents. Windows phones also feature many useful apps for office tasks, such as Microsoft Word, Microsoft Excel, Microsoft Powerpoint, Onedrive and more!

One more thing that makes Windows phone a great choice is the security. Such smartphones RARELY encounter virus. On the other hand, we all know that this problem often happens to Android or iOs. So if you use Windows phone, it is less challenging for you to protect your phone from virus or hacker.