Sony Xperia Z3 Plus Malaysia Official is now available for the first time!

We used to informed you that you could purchase an imported Sony Xperia Z3+ via DirectD, but now, we are glad to announce that Sony Xperia Z3 Plus Malaysia official has finally been brought to Malaysia. 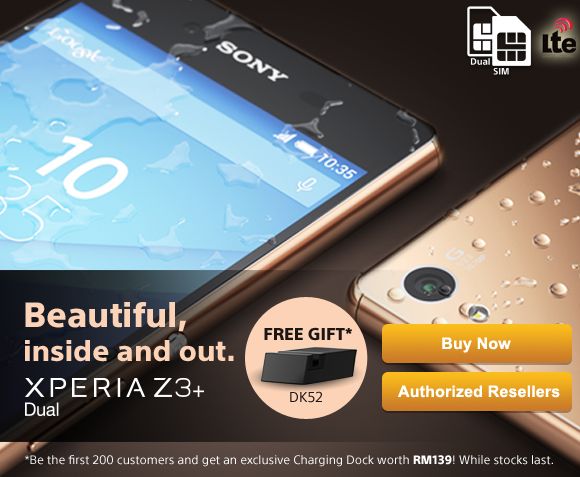 Specifically, Sony Xperia Z3 Plus price in Malaysia is set at RM2,599 for this waterproof flagship, which is slimmer, lighter and faster than the current Sony Xperia Z3. Besides, for the official version, we will be getting the dual SIM Z3 Plus.

Spec-wise, Sony Xperia Z3+ sports a 5.2″ FHD screen, a Snapdragon 810 octa-core chip and 3GB RAM. Other essential specs include a combo of 20.7MP rear and 5MP front camera, 32GB of expandable storage, and a non-removable 2,930mAh battery. Though it is obviously that the cell capacity is not impressive at all, Sony claimed that Z3 Pls is still able to last for up to 2 days. due to the phone’s smart slight change on the display and processor. Moreover, it also support a cap-less micro USB port, dual front stereo speakers, built-in Hi-Res audio and the Android Lollipop OS with Sony’s latest UI on top. 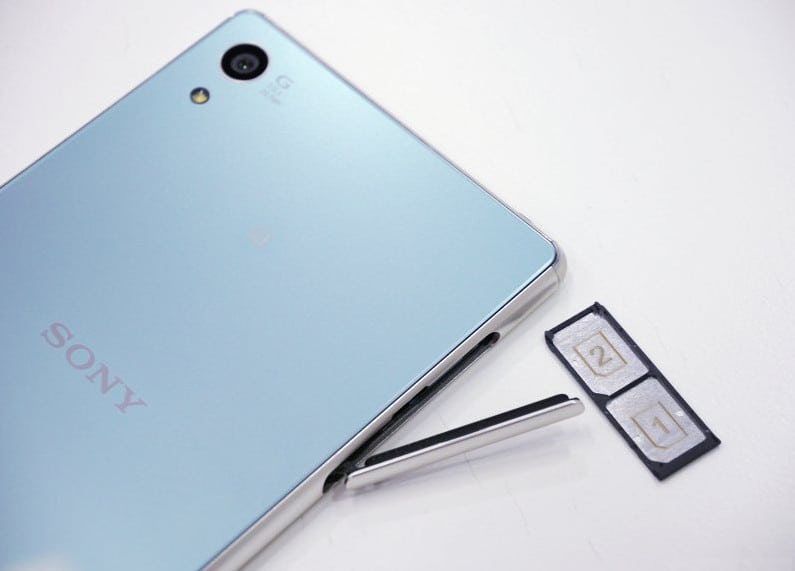 As for the design, we can see that the handset is super thin at 6.9mm and light with just 144 grams. In addition, there are 4 color variants for you to choose: White, black, copper, and aqua green. So, which color do you like?

Other than the good things about the Sony Xperia Z3 Plus specs and look, we have to note that there is an “outstanding” problem about this machine that we cannot ignore. Back in June, Sony company did admit that the Xperia Z3 Plus had overheating issues much like the other Snapdragon 810 powered handsets. However, they promised to roll out updated software to fix them as soon as possible. In our opinion, we believe that Sony can do it and will try their best to do it since they will not want to risk their perennial reputation.

In conclusion, we would like to welcome the Sony Xperia Z3 Plus Malaysia official and hope that it will bring the best using experience to the consumers in general and Sony fans in particular. The first 200 buyers will have a chance to get a Charging Dock costing RM139 for FREE. If you want ot find out more information about the phone and order one, visit Sony Malaysia online store or outlets listed as below: 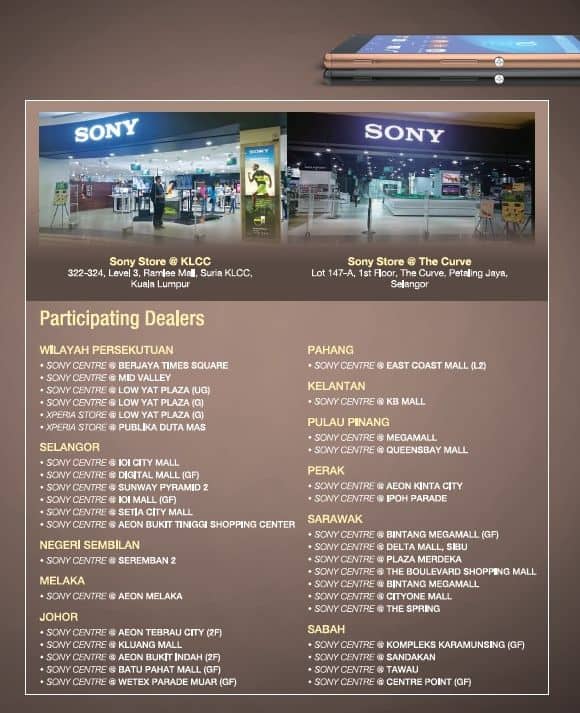