Sony Xperia X Performance price has just been spotted, lower than what you might think. Check out what it can offer us and how much it really costs! 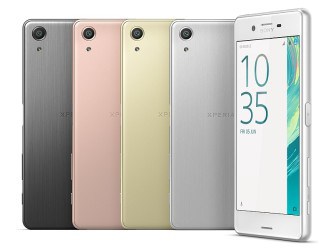 Sony Xperia X Performance price got revealed – Is it worth the specs?

The brand new smartphone series of Sony called Xperia X was introduced in March, 2016 with 3 members: Sony Xperia X, XA, and X Performance. However, only prices of the first two machines were seen, on Amazon Germany to be exact, and their official pre-orders have also begun after that. As for Sony Xperia X Performance price, it was still a mystery until now. Yet, before knowing how much it costs, let us recap a bit on its hardware for you. Then, you can decide whether the price tag is worth or not.

Speaking specifically, Sony Xperia X Performance specs include a 5.0-inch Full HD screen, a Qualcomm Snapdragon 820 processor, Android 6.0.1 Marshmallow OS, 32GB of internal storage (expandable up to 200GB) paired with 3GB of RAM. Additionally, a 2,700mAh battery and a combo of 23MP main (supporting f/2.0, 24mm, PDAF plus LED flash) and 13MP selfie (f/2.0, 22mm, 1080p plus HDR) camera are built under the hood to help run the entire device. You will have gorgeous pictures as you want.

Apart from the above features, there are some interesting specifications you also need to note. They are High-Res audio technology for best sound quality, IP68 certification for being dust and water resistant (over 1.5 meters and 30 minutes), Triluminos tech for brighter and sharper display without jagged edges, and a combined power button + fingerprint sensor placed on one side of the phone. For such excellent specs, let’s see how much it can cost!