Have you ever seen Sony Xperia XA with Lime Gold color in person. Well, we have to say it is very beautiful, very elegant and… 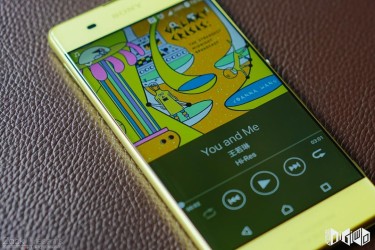 Sony Xperia XA is one of the three first models of the brand new Sony Xperia X series. It was launched at MWC 2016 and able to draw much attention thanks to its gorgeous design. Although we’re not sure if the Xperia X line-up is really going to replace the Z one for good, looking at the Xperia XA makes us think its future is gonna be bright. The phone sports a more rounded corners, making the phones more comfortable to hold.

Besides, the screen packs a slight curve towards the edges for swiping across the glass surface more smoothly. And the back is made of a textured metal without any antenna lines. It looks pleasingly clean, right? So, that’s about appearance. How about Sony Xperia XA hardware? In fact, the XA is lower-end than its other siblings, but still a strong competitor in its kind. Specifically, the handset owns an edge-to-edge 5.0-inch HD display, a MediaTek MT6755 chipset, 2GB of RAM and 16GB of internal storage (expandable up to 200GB).

Under the hood, there are Android 6.0 Marshmallow OS, a set of 8MP selfie plus 13MP primary camera and a 2,300mAh batt helping running the machine. In general, Sony Xperia XA specs are decent and able to do most tasks well. So, if you want a pretty Sony device with an affordable price tag, Sony Xperia XA can be a great choice.

Despite having already been introduced at the MWC 2016, Sony Xperia XA has not gone on sale yet. Though, its cost is predicted to be about $320. Overall, the phone has whatever it takes to be your beautiful, loyal and excellent companion! Do you agree? Share with us your opinions!